From Barrel To Glass: Wine Logistics

In Belgium it is beer. In Japan, sake. And in France and Italy, most definitely wine. Every country has its favorite drink, which is often part of a globally recognizable national identity.

How do French, Italian, Georgian, or Chilean wines find their ways to homes, restaurants or wine stores all across the globe? To answer this question, we spoke to Yekaterina Mochalkina, Head of the Drinks and Tobacco Logistics Division at AsstrA-Associated Traffic AG.

Yekaterina, please tell us in detail how alcohol is transported? Are there any specific safety rules? We know that sometimes even a small delivery may cost several thousand euros. 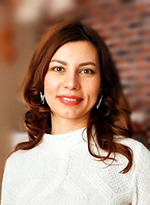 Technically speaking, within Europe alcohol is mostly transported bottled, using regular pallets. Inside the box, bottles are mounted and fixed in special cells, which may also be fitted with gaskets or thermo-isolating materials. There the cargo is secured with straps or bars.

Alcoholic beverages may also be transported in food tanks, tank-containers, or flexi-tanks. In these cases no special precautionary measures are required apart from ensuring the sterility of the tank. During transportation, jiggling affects wine and therefore it is necessary to сheck the condition of the vehicle.

Certainly there are exceptions. Take the legendary Linie-Aquavit spirit, the famous national drink of Norway. It is shipped in barrels by sea to the southern hemisphere and back again so that the liquid absorbs the aroma of the wood barrel. In this case, the transportation process is vital for the formation of the taste of this beverage.

Regarding temperature regimes, compliance is necessary all throughout the transportation process, especially for for drinks up to 40% proof and expensive distillates which, under very low temperatures, may depose sediments and lose their flavors and aromas. These sorts of alcohol are transported in temperature controlled containers hich enable us to provide optimal temperatures. Standard regimes typically requested by Clients vary from +10° to +15°C.

Also, wine is sensitive to sunlight, so we have to provide full shade for the cargo.

And last but not least, the safety of cargo against theft is ensured via the use of locked full-metal vehicles and precisely planned transportation routes with stops only in guarded lots, the careful choice of carriers, and the use of navigation and tracking systems.

What can you tell us about delivery scheduling? What are the considerations?

Scheduling is one of the most important parts of alcohol logistics. In term of mass consumption, demand for wine tends to rise during particular seasons, festivals, and certain popular occasions. Around these dates, many large retail corporations and chains tend to run sales and offer special discounts all at practically the same time. And here our ability to meet deadlines proves the strength and quality of our services and gives our Clients a competitive advantage.

However, we have to comply strictly with all necessary requirements in order to avoid border delays. Thus, before cargo crosses a border, it has to be stamped with special excise duty markings. We provide this service at our excise warehousing facilities in Poland, Lithuania, and Latvia, and obviously we build the time spent on this marking into the overall transportation timeframe.

Yekaterina, if we look at delivery routes, can we notice any general taste preferences? For instance, do Clients from the CIS order more Spanish or French wine? Or German rather Belgian beer?

There is no such traditional consumption pattern, though there certainly are traditions of production. The Czech Republic and Germany produce beer, Romance-language countries are famous for their wines, vodka is quintessentially Ukrainian, and liqueurs are popular all around the globe. Regarding popular AsstrA delivery routes, in 2017 most of the orders that we received were from Italy to Latvia and from Estonia to Norway. The lion’s share of alcoholic beverages were transported from Italy, Latvia, Estonia, UK, and Germany to the CIS, Baltic states, Scandinavia, and the countries of South-East Asia. We transported both full and partial cargo loads as small as a single pallet.

In addition, I have to mention China. During the last couple of years, Chinese alcohol imports have risen significantly. Even so, the Chinese alcohol market is of a rather conservative size, relatively speaking. For example, last year we delivered a 45 ft. container full of French wine to the Chinese city of Lanzhou. The cargo had been first carried by temperature controlled trucks from several small towns in France to Duisburg in Germany, and there the wines were loaded into the 45 ft. container and sent directly to China by train.

Containers full of alcoholic beverages from the CIS and Europe are carried to China every month, and these beverages are becoming more and more popular among Asian consumers. Last year, between January and August, China imported 16% more wine than during the same period in 2016. These numbers will continue to grow.