In 2018, China launched the Belt and Road Initiative to bring together two large-scale projects: the Silk Road Economic Belt and the 21st Century Maritime Silk Road.

The Chinese government’s plans were to involve Eurasian countries in the project to make them strong economic partners and to develop the overall region. According to some estimates, more than $70 billion has been allocated to execute the plans, which call for the creation and renewal of economic, trade, and infrastructure networks. Despite popular support and significant financial backing from the public and private sectors, a number of unresolved problems still stand in the way to finishing one of the 21st century’s most ambitious international projects.

Good planning makes a good theorist. Good practice makes an expert who gets good real-life results. It became clear that for the continuous and rational development of the "Belt" it is necessary to enlist the support and knowledge of transport specialists who have real experience and a practical approach to infrastructure issues. In 2017, the Transport Association of China (CHTS) proposed the creation of the Belt and Road International Logistics Alliance (BRITA). The purpose of the Alliance was to become an international platform for promoting the Belt and Road Initiative as well as sharing related information and experience.

In less than a year, more than 160 participants from 40 countries came together under the BRITA “roof.” Companies from transport and logistics, engineering, and scientific industries are now playing an active role in the Belt and Road Initiative. 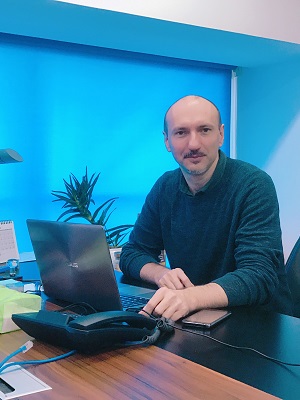 BRITA’s vision and goals are very similar to AsstrA’s. The organization has a common goal that will be achieved through the honest, open, and proactive exchange of information. We were initially interested in BRITA because of its role as a think tank or idea incubator for the Belt and Road Initiative. We will be able to become direct participants in the creation of this major mechnism and technical consultants in its “adjustments.” Standardization, classification, and automation still present significant challenges in the world of logistics. Our team hopes that AsstrA’s active participation in the Alliance’s sessions and conventions will help overcome these challenges.