The largest infrastructure facility in Ukraine – the Beskid Tunnel – officially opened on May 24, 2018. A single-track version of the historic tunnel was built at the end of the 19th century, and its technical condition after more than 130 years kept cargo traffic to a minimum. In 2007, it was decided to build a new two-track tunnel with increased capacity.

For Ukrainian Railways (Ukrzaliznytsya), there were two possible options: reconstruct the old tunnel or build a new one. The second option was chosen and after 10 years of construction a new section of the road was created, also passing through Slovenia, Hungary, Slovakia, and Italy. On this route flows more than half of Ukraine’s transit cargo flows to Central and Western Europe. About 100 million euros were allocated to the project.

To learn what Ukrainian transport industry specialists expected from the launch of the new tunnel and to what extent those expectations were met, we talked with Aleksey Sorokin, Head Agriculture Products Logistics at AsstrA-Associated Traffic AG.

Aleksey, did the development forecasts of this large-scale national project come true? 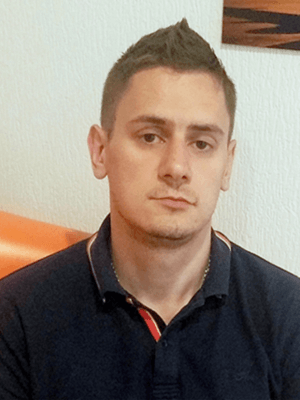 The new tunnel was built with two main goals: more traffic and faster traffic. According to the latest data, the number of freight trains increased to 30 trains per day and the target is 50 trains per day. The trains can travel at 70 km per hour, twice faster than before. Therefore, yes, we can assume that these forecasts were realistic.

Can you call this project successful now, two months after the launch?

It is important to understand that the tunnel was built primarily to guard against losses in the future and not to generate short-term profits. According to Ukrainian Railways, up to 30 million tons of goods are transported to Europe from Ukraine by transit or export per year. More than half of the traffic flows through the Beskid Tunnel. In other words, the loss of this transport and logistics route would mean significant losses for the Ukrainian transport market. According to experts, the losses from such an event could amount to 50 million euros per year. Therefore, the newly constructed tunnel will not only allow cargo traffic levels to be maintained but also increased eventually.

If we talk about grains, have rail transportation volumes increased to Europe?

The primary intended users of the Beskid Tunnel are mining and metallurgical enterprises. For the grain industry of Ukraine, to be honest, with the opening of the tunnel little has changed. Cereals are a cargo for ports: sea transport has been and remains the first choice because of its low cost.

Alexey, what development prospects do you see for the transportation of grain by railways?

There remain unresolved issues of personnel shortages, traction, outdated infrastructure, and  monopoly pricing. If these challenges are solved then of course customers will choose to ship more rail cargo as a safer and more cost-effective option.

In early August this year, the World Bank published the results of Logistics Performance Index of efficiency in the industry. In 2018, Ukraine took 66th place, which is 14 positions higher than in 2016. Russia is in 75th place, Belarus 103th, and Kazakhstan 71st. And although it had the best overall performance results in the region, Ukraine received the lowest marks on the six indicators of infrastructure readiness.