Transporting oversized cargo is a true test for a transport company: it requires competent knowledge of every aspect associated with logistics including engineering, the subtleties of customs clearance, and insuring goods. AsstrA-Associated Traffic AG faced such a test in December 2017, when the corporate group’s experts in Belarus received a request from a key client to ship a finished railway wagon to Germany.

Regarding preparations for the shipment and the challenges it entailed, Director of AsstrA Belarus Oleg Bykov recalled:

"We received the project transportation request six months before the planned start. It was necessary to transport the wagon to Germany for certification in Dresden. The car dimensions were 26 m in length, 3.3 m in width, and 4.45 m in height. It weighed 15 tons. This was the first time shipping this type of cargo for both the client and ourselves. Therefore, all the details and shipping routes – as well as the scheme for loading and securing the cargo – were developed individually to suit all the client’s requirements. A stand was designed and manufactured especially for this cargo, which was fastened to it." 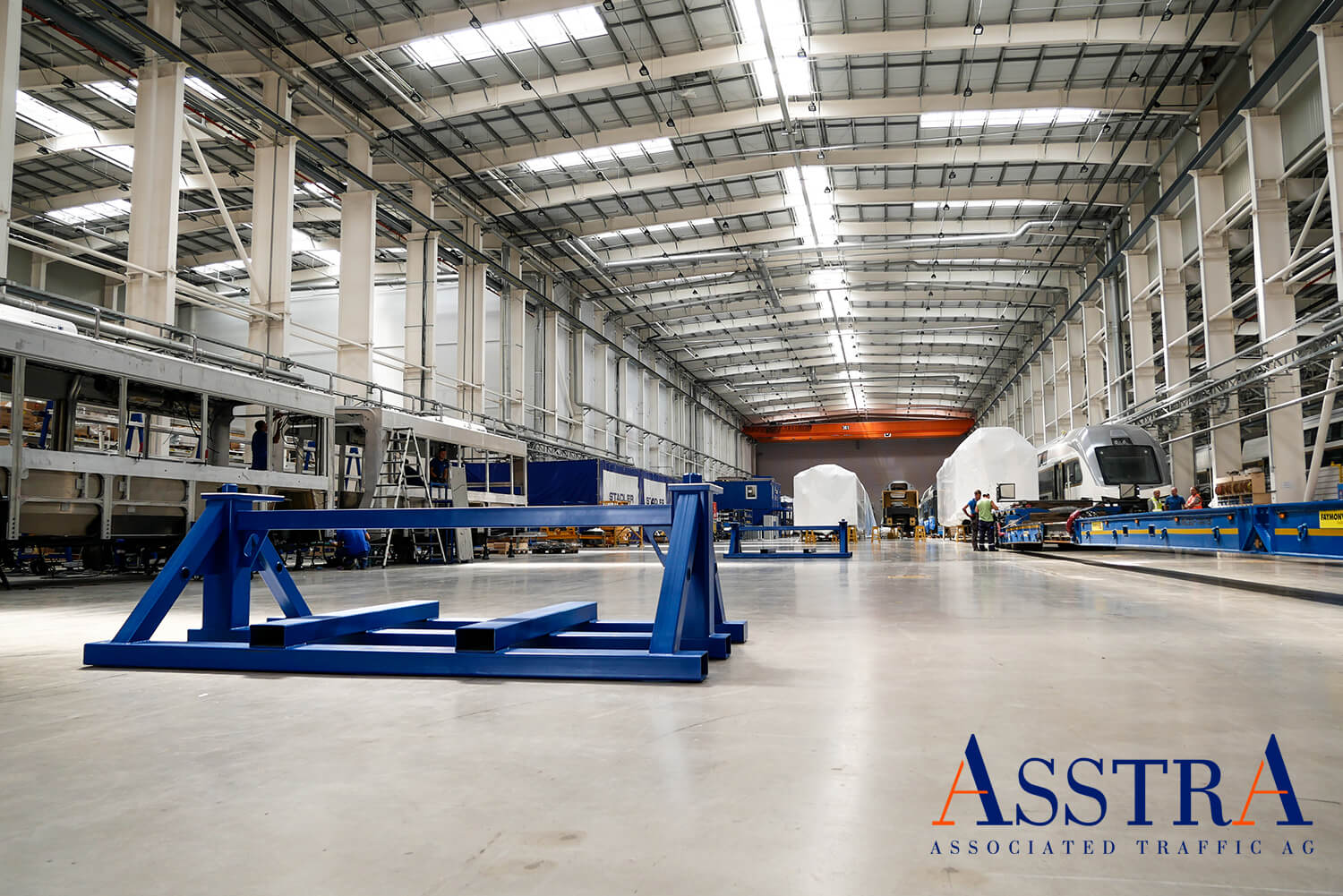 "In Germany, there are two standard transportation options for oversized cargo: road and rail. Using the wagon’s own wheels to send it by rail would have been the easiest way – the only problem was that the wagon had no wheels. Transportation on a rail platform was not considered due to the lack of rail access at the recipient plant and the need for an overload due to the gauge change. It all would increase the final cost of the service for the client.

The optimal option in terms of fees and scheduling was road transportation. To transport the 26-meter wagon, AsstrA specialists proposed using special equipment: a low-bed semi-trailer with a trolley on pendulum axles. On the semitrailer, hydraulic suspension was installed along with forced-control axles. After the client organized this option, the team began working on road transport. The selected trailer was individually modified taking into account all the customer’s wishes and the cargo’s features. " 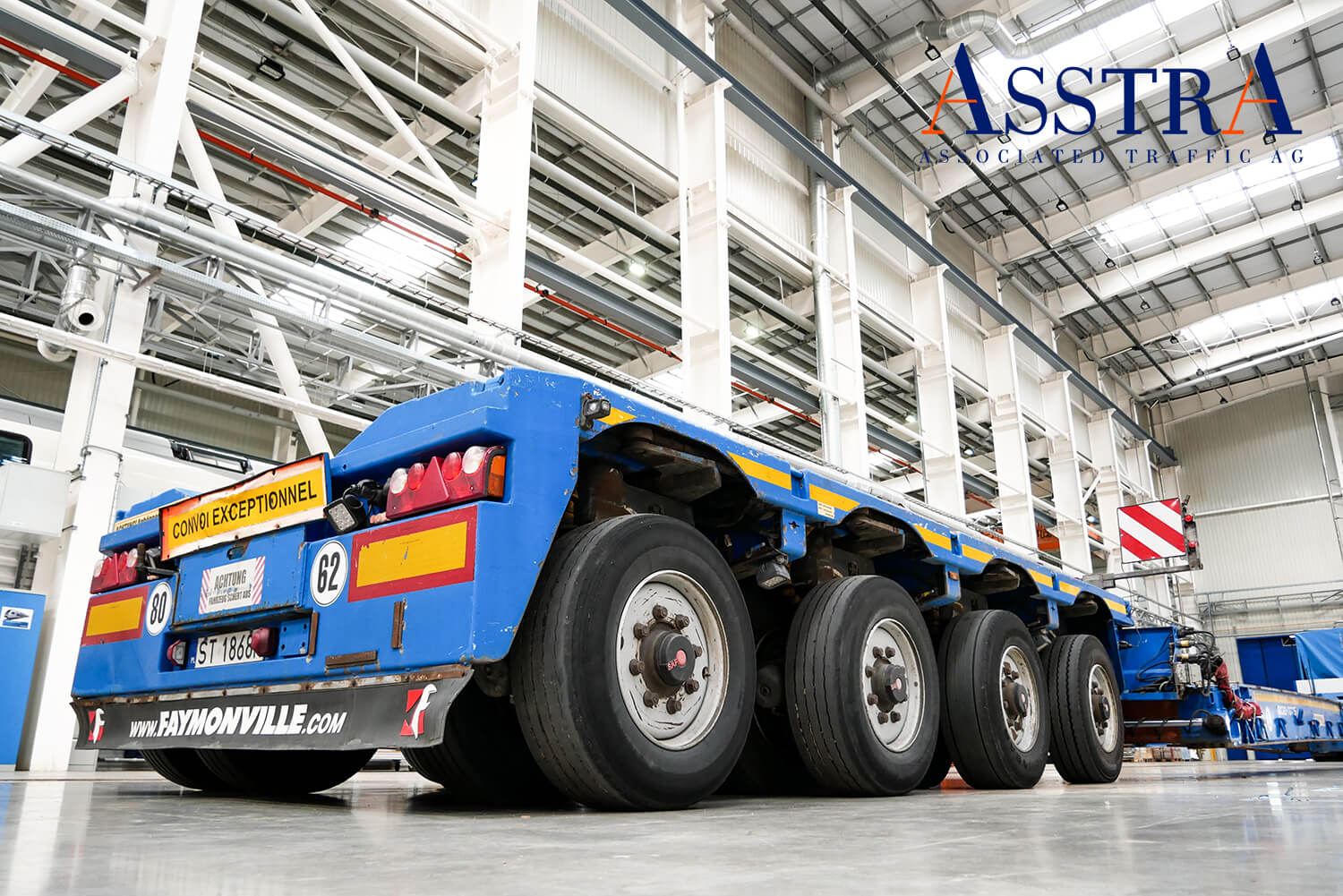 Przemyslaw Boronski, Head of the AsstrA Oversized Transport Operations Department, described the necessary preparation stages: "When preparing the transportation plan we conducted a detailed survey of the route. The client was provided with a detailed report describing passage through each bend in the road, around each turn, and across each bridge. To ensure maximum peace of mind for the customer, AsstrA specialists monitored each stage of the project’s execution. We personally went to the loading and unloading of the car to supervise the fastening process and the departure of the special equipment from the plant via public roads. Throughout the entire trip to Germany, the cargo was accompanied by police and cover vehicles. The cargo was also escorted by the engineering team, which raised power lines and dismantled lampposts wherever necessary along the way like, for example, in the Dresden area, where the vehicle could not pass under the existing infrastructure."

"In addition to the organization of transportation, AsstrA oversaw the customs clearance of the cargo. In view of the large dimensions and the impossibility of passing through a customs point in Germany, the customs service in Dresden was called directly to the unloading point. We issued a T1 transit declaration for the client at the AsstrA customs agency in Kuznitsa," adds Oleg Bykov. 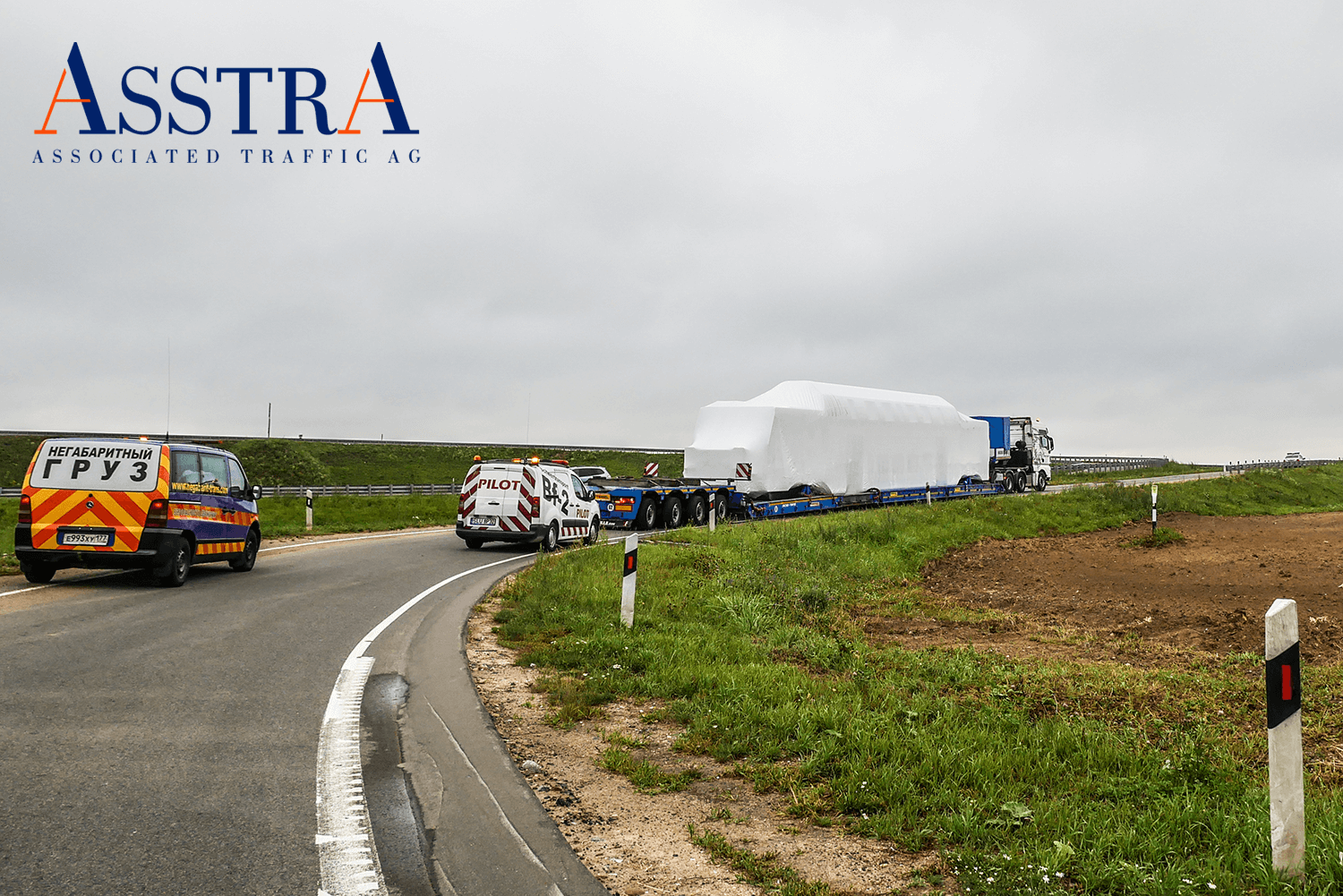 "For our clients, we study the details and features of their industries to know their products inside-out and to offer logistics services that meet their specific needs and expectations. AsstrA constantly develops relations with machine-building industry representatives, especially those from railway rolling stock manufacturers. Over many years of service, we have accumulated invaluable experience related to the logistics of spare parts, wheel sets, profiles, and roof elements for the railway industry. Also, we have carried out a number of projects involving the delivery of finished wagons along with locomotives and railway cars on their own wheels via the railway tracks. And we are happy to share our know-how with each AsstrA partner," concludes Ilya Klimentenok, Strategic Clients Sales Specialist at AsstrA.