More than 500 representatives of governmental ministries and departments, international organizations, and businesses – including international transport company Asstra-Associated Traffic AG – from 37 countries attended the conference. Margarita Dyadyaeva, Branch Manager of AsstrA Almaty, represented AsstrA corporate group at the conference upon the invitation of the Government of the Republic of Uzbekistan.

The event’s primary value was as a central meeting point for industry leaders, decision makers, and practitioners from Central Asia and beyond. This venue provided an opportunity for a comprehensive discussion of the key issues involved.

The Prime Minister of Uzbekistan, Abdulla Aripov, opened the event with a speech in a general plenary session. He introduced the President of the Republic of Uzbekistan, Shavkat Mirziyoyev, to the conference’s participants. The two key challenges Central Asian countries must overcome to integrate with international transportation systems are first the establishment of a shared vision for the region's development and second, administrative inefficiencies. Potential solutions were discussed.

According Ms. Dyadyaeva, it is necessary to form a strategy for the development of regional transport corridors in Central Asia and to form a council to oversee transport in Central Asia. The council would be a coordinating body aiming to solve existing problems in the transport and logistics industry. 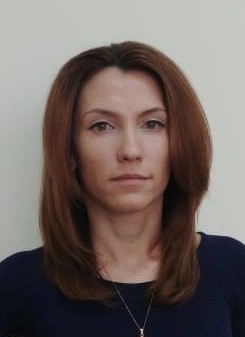 «It was a pleasure and an honor to receive a government invitation to such a high-level event. The issues discussed in the conference’s plenary meetings are important and relevant to both the public and the private sectors. Open discussion will contribute to the development of trade and economic cooperation in the region. With improving economic conditions in Uzbekistan and the easing of currency controls, there are new opportunities to work with shippers and consignees there. Uzbekistan is a country rich in resrources like fruit and vegetables, cotton, natural gas, etc. Huge prospects are opening up for the export of products grown and produced in Uzbekistan. Also, new opportunities are appearing for imported goods in demand in the country. In my opinion, the results of this conference will maintain and strengthen these positive trends,» Margarita Dyadyaeva continues.