The project’s story began with a standard enquiry from The National Alpini Association (ANA), which contacted the corporate group on the recommendation of one of AsstrA’s top clients. ANA is a charitable organization established in 1919 and connected with the world's oldest elite mountain-infantry formation, which was created by the Italian Army to protect Italy’s borders.

“We need to transport bridge parts from Italy to Russia and do customs clearance. You know how to do that, right?” asked a member of The National Alpini Association.

“Yes, we do. Send us documents to calculate the rate and cost of customs clearance, please,” answered an AsstrA expert.

“What kind of documents?”

“Invoices, packing lists indicating the number of commodity items, the contract with the recipient, and certificates for the goods.”

“But there are no documents, and not even a recipient... We just want to transport the equipment and build a bridge. It's charity! We need the trucks next week, as 30 people are soon going to fly from Italy to Russia for the construction of the bridge.”

Transportation of the bridge parts without documents or a recipient. An order from a charity organization with no idea of how to transport goods from Italy to Russia and clear customs... 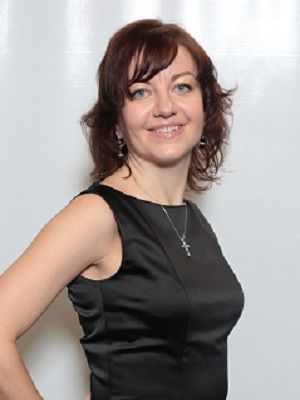 “Needless to say, it was clear from the very beginning that the project involved significant challenges for AsstrA. The destination point was almost 3,000 kilometers away from the point of loading as the cargo had to be transported from the city of Pordenone, Italy, to the small village of Livenka, Russia. In fact, for the AsstrA team it was highly motivating to be able to help a charitable organization by offering this door to door delivery. The Italy Division team and the customs clearance professionals from the AsstrA Trade Division immediately applied their full attention. Success was a foregone conclusion,” comments Natalia Shemyakina.

Before moving forward with this ambitious project, there was a great deal of preparation of invoices, packing lists with a full description of the cargo on the basis of its photos, customs codes definitions for 120 commodity items, and the necessary customs clearance certificates for the cargo. The project involving transportation of bridge parts weighting 30 tons was executed with four trucks. AsstrA experts also provided cargo customs clearance with remotely filed declarations and ensured the delivery of the cargo to its final destination.

The project may sound typical and straightforward. In reality, however, overcoming all the various challenges took two tense months of round-the-clock attention in what the AsstrA team called “Operation Bridge.” In such projects, logistics experts’ intuition and clear understanding of clients’ needs play key roles.

The bridge parts were deliveredand the construction was finished successfully.The bridge over the Valuy river in the village of Livenka, Krasnogvardeysky District, was built with the joint involvement of National Alpini Association members and the inhabitants of the province of Brescia in Italy. Its opening took place with the participation of the President of The National Alpini Association.The specialists of the corporate group remember how helpful and competent the Italians were. Every day, ANA members – some whom are as old as 70 – and AsstrA experts overcame any challenges that arose on the way to meeting their shared charitable goal.

“Considering the enormous efforts required to complete this shipment it deserves to be called the transportation project of the century. These kind of projects certainly build a logistics provider’s character and make it stronger”,  concludes Natalia Shemyakina.