The industrial pipes will be used for the construction of Amur TPP heat and power production equipment lines for the Amur gas processing plant.

Deliveries began in August 2019 and ended on October 13 of the same year. During this time, 1,185 pipes with a total weight of 1,500 tons were transported. Transportation was carried out both by road and by rail. In total, 50 wagons were sent.

During the project, the AsstrA-Associated Traffic AG team organized the transportation and transshipment of the 12-meter metal pipes and prepared all accompanying documentation.

The pipes were manufactured and loaded into gondola cars on platforms at the Chelyabinsk Pipe Mill, part of the Chelyabinsk Pipe Mill Group. From there they were delivered to the Ust-Pera railway station in the Amur region, where AsstrA specialists oversaw the arrival of the cargo and distribution from the wagons. Then the pipes were loaded onto trucks with open trailers for shipment to the Amur gas processing plant warehouse.

The most complex part of the project was reloading the pipes onto trucks, as the pipes had bevels and a special, brittle coating. The lifting device’s hooks could have damaged the pipes and rendered them worthless. In order to protect the cargo, overloading was carried out using special hook pads. 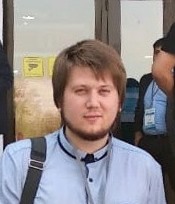 “The Chelyabinsk Pipe Mill Group is our long-standing customer, and their choice of AsstrA as their logistics partner for the project speaks to their trust in us. The transported pipes will be used for construction of production lines of the Amur TPP, which will become part of the Amur Gas Processing Plant,” says Dmitrij Gerber, AsstrA CIS Rail Freight Division Trade Lane Manager.

“The gas processing plant should start operating in 2025. It will be the largest such plant in Russia and the second largest in the world in terms of natural gas processing capacity. AsstrA is proud to have become part of the “gas construction project of the century”.