In 2018 such goods accounted for 0.8% of cargo shipped with AsstrA and generated 2.2 million euros in revenue, or 0.7% of the company’s entire turnover. Last year, AsstrA specialists from this department handled 1,075 orders of 500 and transported 21 tons of cargo.

AsstrA imports and exports petrochemical products on more than 45 routes, 33 of which involve Russia. Road transport was by far the most popular transport mode with 94% of all shipments. Sea transport accounted for 4% and air only 2%. 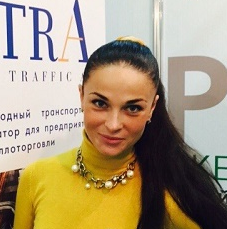 "This year we plan to increase traffic volume and expand geographic coverage. We have already met with LUKOIL representatives in China, Türkiye, Azerbaijan, Uzbekistan, and across Central Asia as well as its subsidiary LITASCO’s representatives in Switzerland. We also have detailed plans regarding oil and gas equipment delivery from 2019 to 2021,” says Olga Lukashevich, AsstrA Oil & Gas Project Manager.

AsstrA-Associated Traffic AG generally has an asset-light business model. In sectors that demand utmost security and quality, though, the corporate group uses 102 of its own vehicles designed for international and domestic cargo transportation. AsstrA’s Oil & Gas fleet consists of 70 vehicles specially equipped for the transportation of technical gases in tanks and cylinders –  all under long-term 3-5 year contracts. The company also has special vehicles for transporting large or heavy loads.

At the moment, among AsstrA’s key oil and gas customers are LUKOIL, Rosneft, Linde, Gazprom, SIBUR, and Praxair.