AsstrA sees future of Balkan logistics at com·sult in Vienna

On January 29 of this year, the annual com·sult  Congress was held in Vienna, Austria. Its purpose is to bring together representatives of the political, science, and business communities in one place to discuss pressing issues and key changes in Europe. In addition to Brexit, which has become one of the hottest topics, much emphasis was placed on the development of infrastructure and logistics in the Balkans. Sales Department Specialist Alena Santalainen reports on the results of the Congress: 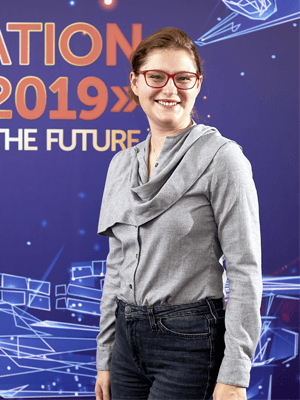 It was informative to learn about the attitudes that people from different countries and different professions hold towards Britiain’s exit from the EU. At the end of the first panel, it became clear that many of them were resigned to believing that Brexit would be followed by the collapse of the European Union. Scientists were generally the most optimistic regarding future scenarios, with entrepreneurs rather neutral and political representatives the most pessimistic.

Questions of logistics and transport in the Balkans were carefully considered. The "headliners" of the Balkan panel were certainly Croatia, container transport, and the financing of projects on the Adriatic. Already this year, Croatia – with the support of the Austrian government –  plans to renovate the ports in Rijeka and Ploče and increase their capacity to 12 and 10 million tons, respectively. Currently these ports’ capacities are 8 million and 5.5 million annually. In 2020, a new container terminal in the Croatian capital of Zagreb is planned to be opened.

In Montenegro, simplifications to import and export customs procedures are planned.

Railway transportation was a key issue. The Austrian government has announced plans to invest in railways, the most environmentally friendly form of transport. Financing of road transport will be reduced in favor of of supporting railway freight traffic, increased control over CO2 emissions, the development of the New Silk Road, and subsidies for railway transportation for major shippers. All these initiatives should make both intra-European and international railway transport attractive to existing and future customers.

In 2019, significant investments are planned specifically for the Balkan railway sector. During the current year, over a billion euros will be invested in Albania to fully modernize the country’s railways. The construction of railway tracks between Belgrade and Bucharest is planned so as to increase traffic flow between Serbia and Romania. Macedonia has reached agreements with Bulgaria on simplified transit procedures. In addition, there are plans for the development of railway traffic in Kosovo.

Participation in the Congress provided a clear picture of the topics considered. It was interesting to hear different points of view on the same problem and, of course, get first-hand information on the development of the logistics sector of the whole region. For the AsstrA team, it is important to be at the center of such events and directly participate in shaping new trends in order to come forward and provide clients with the most professional advice in the field.