Over the recent years, the global container market seems to have been mostly positive. Will maritime business representatives continue to sleep peacefully in 2019? 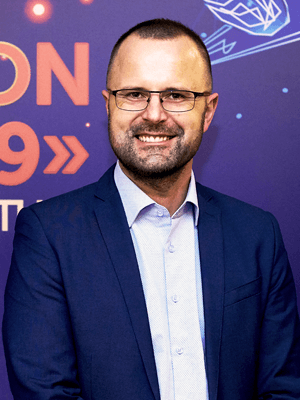 The demand for sea container transport remains stable. Moreover, as a result of the current world political and economic situation, the competitiveness of sea freight is gradually increasing. Let’s take, for example, China and the hugely popular New Silk Road where subsidies from the Middle Kingdom play a significant role in the development of container rail transport. Unfortunately, as it turns out, Chinese government resources are not never-ending. Subsidies are already partially limited, which has had a negative impact on container volume. At the same time, demand for transporting cargo from China to Europe remains high and opens up possibilities for container sea transport. It is worth noting that sea freight effectively eliminates any bottleneck effects occurring when a complication or blockage at any workflow stage results in the entire supply chain slowing down or stopping entirely.

What will happen to rates if demand for sea freight increase?

Unfortunately, not everything looks so optimistic. The rates will rise. Why? The International Maritime Organization (IMO), which deals with maritime affairs – in particular safety at sea and prevention of marine pollution by ships – has recently tightened the rules on the sulfur content of fuels. Until the end of 2019, shipowners have to implement these provisions by bringing the technical condition of around 50-60% of ocean-going vessels up to standard. The process involves filter replacements which can take from 2 to 6 months. What is the connection with rates? Well, ships being serviced are temporarily unavailable. The shortage of available space on ships will drive a price increase for container sea freight.

Will the situation also affect the world’s network of trade lanes?

According to international statistical sources, the main geographical markets for container freight shipping are in Asia generally and China specifically. Together they account for nearly 60% of all global container transport. However, due to the US-China price war, as well as the embargo imposed by President Trump on Chinese products, the share of marine containers going from China to the United States is gradually decreasing. In addition, the situation has been exacerbated by the latest scandal related to Huawei and allegations of espionage. Politics always affect business relationships. In such moments other players come out of the shadows.

As they say, where two are fighting, the third wins.

Exactly. In this case, several countries including India and other Asian countries like Vietnam compete with the Middle Kingdom on labor costs. The United States and Europe are gradually increasing the percentage of their national trade with Delhi. It is also worth noting that a significant percentage of road transport is currently replacing sea freight. Again, here we are dealing with the elimination of the so-called bottlenecks at the borders.

Undoubtedly. West and South Africa, and more precisely the Republic of South Africa, are also very attractive markets. The region is an inexhaustible source of demand for sea container transportation. Accordingly, rates are very competitive. It is a great market.

So we can assume that 2019 will be a good year for sea container transport?

Definitely. I believe that sea freight is expected to grow significantly in the next eleven months. It will be up by around 5-8% globally, and up by 20% for international transportation and logistics services provider AsstrA-Associated Traffic AG. Sea container transport is becoming increasingly competitive. As mentioned above, it is not only a good alternative rail and road transport but is also effectively replacing airfreight. That is because many airlines are introducing embargoes on high-risk cargo like batteries. Maritime transport has no such complications. We are going mainstream.