The Balkan countries include Albania, Bosnia and Herzegovina, Bulgaria, Croatia, Montenegro, Greece, Macedonia, and Serbia. Slovenia, an EU member, is typically associated with the Balkans as a former part of Yugoslavia. Slovenia, however, is not in the Balkans – neither geographically, historically, nor culturally. A small part of Romania, another EU member, lies on the Balkan Peninsula and is sometimes considered a Balkan country due to its history and culture.

After the wars of the 1990s and financial crises of 2008-2011, the Western Balkan countries of Albania, Bosnia and Herzegovina, Macedonia, Montenegro and Serbia deepened economic ties with the European Union. The EU is the Balkan region’s largest trading partner, the destination of  approximately 80% of its exports and the source of 70% of its imports. Trade between the EU and the Western Balkans is constantly increasing. According to experts, the trend will continue due to steady demand growth. 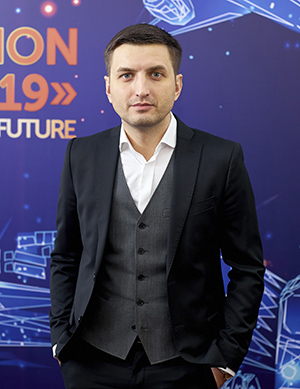 "The Balkan countries are developing rapidly and offer an alternative to the crowded Western Europe market. Currently, Romania is one of Europe’s fastest developing economies. Domestic consumption is constantly growing. International transportation and logistics services provider AsstrA-Associated Traffic AG has noted a significant increase demand from Romanian customers. The scope of cooperation with transportation companies rendering services to and from Romania has also significantly increased.

To be closer to these clients, at the beginning of 2018 the AsstrA group opened an office in Bucharest, Romania. Thanks to the trust of its clients, AsstrA’s Romanian branch has grown dynamically over the last 12 months. Its partners trust AsstrA Romania to help boost the smooth turnover of their goods and are spreading their wings together with the corporate group,” emphasizes AsstrA Romania Country Manager Paweł Iwanow-Kołakowski.

Successful market entries are of course an important part of geographical expansion. In the case of the Balkans, market research is particularly important. It must be remembered that every Balkan country is unique. Not only culturally and linguistically but also economically. 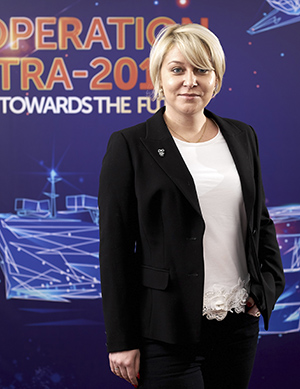 “The Balkan market takes some getting used to. Doing business here is a huge challenge for a transportation and logistics service provider. First and foremost –  it requires knowing the local languages. When working with partners from Southeastern Europe, you must communicate in their mother tongue. In European Romania, Romanians are quite flexible and we can easily communicate in English. In Serbia, Bosnia and Herzegovina, or in Montenegro, however, linguistics skills will be useful. As a result, AsstrA offers its Balkan clients professional services in Romanian, Albanian, Bosnian, Bulgarian, as well as Croatian, Montenegrin, Macedonian and Serbian,” emphasizes Julia Gorbaczuk, Head of the South-Eastern Europe Freight Forwarding Division.

The uniqueness of the Balkan Peninsula is also related to its geographical conditions and terrain.  Mountainous landscapes are common and present quite a challenge to truck drivers. Especially in winter, the picturesque mountain trails can make drivers break into a sweat despite the chill. There are also frequent snowstorms and traffic jams. The condition of the roads themselves can also be somewhat poor but the situation is getting better. There are more and more guarded car parks and sanitary facilities for drivers. A huge plus is the welcoming, positive attitudes of Balkan residents. Roadside assistance works really well there,” continues Julia Gorbaczuk.

Another characteristic feature of Balkan customers is their strong support for the national economy. In cargo transport tenders they usually choose their countrymen. Foreign carriers are chosen mainly for destinations from Europe. However, this cultural tendency is slowly changing. Many countries, for example Greece, are becoming more open to foreign partners. In the AsstrA group, we like challenges and are actively building our service offerings in Southeastern Europe."

Clients from the FMCG, pharmaceutical, automotive, and high-tech industries – among others – can all benefit from professional transportation services for loose, liquid, or oversized cargo from AsstrA Romania. AsstrA experts guarantee many ready solutions and are constantly developing new schemes.

A Busy Breakbulk Europe 2022 for AsstrA