Developed infrastructure is a critical component of any successful economy. The World Economic Forum’s global competitiveness report includes an efficiency index rating. France is actively building its transport infrastructure and is consistently ranked high on this prestigious list. The country has 12,000 km of motorways, with a road density index of 191. French transport routes play an important role in international trade flows joining the Fifth Republic with England, Belgium, Germany, Switzerland, Italy, Spain, Andorra, and Monaco.

Recently, the French transport and logistics industry is often cast in a bad light in the news. There are transport protests involving the “Yellow Jackets,” heavy traffic blocking access to the Calais port, and fears about the consequences of Brexit.

The terms on which England leaves the EU are especially important to France, as most European transport flows to the British isles go through the Calais port.

AsstrA experts describe what regulations are involved and what to pay attention to in order to weather this industry crisis with minimal losses.

The French “Yellow Jackets” movement started in November 2018 with protests by transport industry representatives. Fuel price growth became a reason for protesters to take to the streets. This movement was named after the yellow reflective vests which every driver must have in his car. Additionally, low salaries and high taxes further fueled protests. The movement began in Paris, and later other French cities joined. The protesters gathered on central squares and sometimes were behind acts of vandalism, arson, theft, or violence. This aggression led to French economic losses of more than 200 million euros according to some estimates. The second wave of protests in March 2019 affected more then 90 companies. The movement initially led by drivers soon transformed into protests all over and even beyond France and united many people with complaints about the current European political and economic situation.

Brexit is another dark cloud looming over the Old Continent. It influences all economic sectors but especially the transport industry. The terms of UK’s withdrawal from the EU have not yet been agreed. This fact leaves a lot of questions without answers. For example, changes to customs procedures caused severe traffic delays at the Calais port. As a result, cargo registration takes more time than before. Current personnel are not prepared for the changes and the government has not yet added staff to ensure smooth processes. Heavier port traffic has in turn caused customs workers to organize their own protest demanding a faster response to these issues. 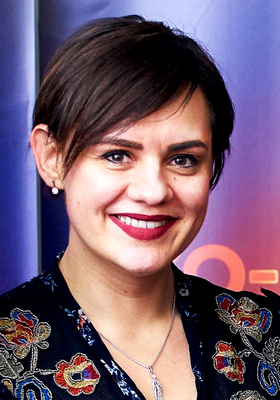 “The situation in ports has deteriorated primarily because no one knows how the situation with the UK’s withdrawal from the EU will wind up,” says Karina Budinskaya, Head of the AsstrA Benelux & UK Division.

“Many companies have placed more transport orders so as to have more warehouse stock on hand in case of complications caused by Brexit. Increased cargo flows and more complicated customs control procedures have resulted in greater port traffic. There were so many trucks to/from Great Britain before the meeting of the Parliament in March 12 that administrators decided to close the Calais port. Some trucks were sent to parking areas. Transport and logistics industry specialists are still observing increased activity on this route. For the most part, this situation is due to unpredictability surrounding the UK’s withdrawal from the EU. That is why AsstrA’s main advice to partners and Clients is to stay calm. Getting caught up in the excitement just makes the situation worse. Secure your interests by choosing reliable partners.”

According to Karina Budinskaya, AsstrA experts choose vendors carefully. And thanks to integrated IT systems Clients can track cargoes online at each stage of transportation. During this transitional period, AsstrA recommends allowing more time to complete each transport stage.

“It is better to plan ahead and make transport and logistics service orders earlier rather than later. Currently, high demand makes it more complicated to organize transport on short notice. The final recommendation is to be patient! Teamwork is especially important in difficult times. If they work together, AsstrA Clients and transport partners can handle any crisis,” continues Karina Budinskaya says. 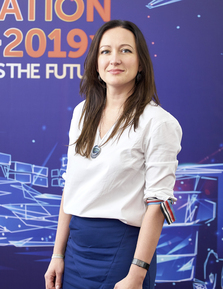 “Transport and logistics market conditions in Western Europe are rapidly changing. The Yellow Jackets initially took to the streets to protest more expensive fuel caused by the French government’s ecological strategy. The protesters criticized “inaction in the face of climate crisis.” No expert can predict the possible consequences of Brexit – each new meeting makes the entire global economic community nervous. In the present situation, AsstrA specialists continue working with heightened attention to protest-affected routes, monitoring news, and responding flexibly to Industry changes.”

At AsstrA-Associated Traffic AG, risk management is an important component of company’s policy. It helps the company’s experts provide top-quality service no matter what. As Walter Wriston once said: “Life is risk management, not risk avoidance.”