AsstrA transports 10,500+ tons of cargo for The Moscow Brewing Company in 2018

For over 10 years, the largest Russian producer, importer, and seller of beer and other alcoholic and non-alcoholic beverages has relied on AsstrA-Associated Traffic AG for comprehensive services supporting road transport between Europe and Russia and container delivery from the United States.

The Moscow Brewing Company works with AsstrA on the basis of a long-term contract primarily involving the the import of low-alcohol beverages from the EU and the US as well as the return – via export – of recycled packaging to Europe.

In 2018, turnover increased 65% compared to 2017, with corresponding profits up 62%. Imports from Europe accounted for 85% of the overall volume and exports the remaining 15%. 87% of the volume traveled by road to and from Europe, with the rest via containers from the United States. 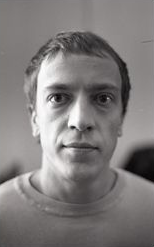 "Last year was special for our working relationship with the Moscow Brewing Company. First, the World Cup significantly increased the demand for their products, which led to a significant increase in the volume of supplies. Despite all the market excitement surrounding such a major global event, we delivered consistently high service quality levels throughout the year. Secondly, between February and August 2018, there were a number of legislative changes related to the verification of markings, with the customs authorities assuming responsibility for monitoring compliance. All imported goods had to be marked en route, i.e. before arriving at the customs post in Russia,” – says Dmitry Naumkin, a leading AsstrA Sales Specialist.

“These changes could have led to a halt in the supply of goods. Traditionally, such services are provided before crossing the customs border in transit countries e.g. Poland, Lithuania, or Latvia. To minimize the losses and risks of the Moscow Brewing Company, the AsstrA team assessed the available market options and proposed carrying out the marking in Belarus. Thanks to this optimal solution, the client received a greater number of successful deliveries."