The modern rail transport sector according to an AsstrA expert

There’s a lot to love about rail transport. For starters, it has generous load capacity, stable rates, and all-weather scheduling. And don’t forget that it is environmentally friendly.

We talked to Andrej Sulla, AsstrA-Associated Traffic AG Deputy Operational Director for Rail Transport, about the development prospects of the railway shipping sector and the pros and cons of using rolling stock.

Andrej, are we really seeing a lot of changes in the railway transportation market? It has a reputation for being very stable. 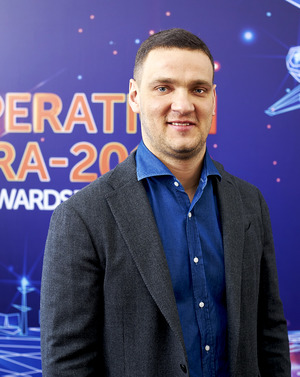 Technically and geographically, this market is not nearly as ossified as many people think. Yes, the construction of new railways and stations is slow, but investments in this sector are growing from year to year. For example, Russian Railways plans to allocate up to $15 billion for development in 2019-2020. China invested $237 billion in the New Silk Road, with a significant portion going directly to railways. New routes from the Middle Kingdom to Europe are launched every month. In Europe, there is also a “revitalization” of the railway sector. In DACH, i.e. Germany, Austria, and Switzerland, governments are focusing on the development of railway infrastructure as a highly promising initiative from an environmental point of view.

Within the market, different types of rolling stock are in demand. So the amount of container traffic is now 22% greater than wagon traffic. This is primarily due to the low cost of containers as well as the active construction of container terminals. Within Russia alone, more than 230 new stations were opened.

Every year seasonal demand causes shortages of railcars, especially special grain carriers and refrigerators. Due to wagon operation rules introduced three years ago in Russia, there is increased demand for cars and gondolas. This imbalance leveled out a bit in 2018 thanks to the enhanced production of gondola wagons and wagons with increased payload.

Can you break down the pros and cons of railway transport?

In general, the strengths of railway transport are regular shipping schedules, stable rates, security, constant cargo tracking, and the potential for discounted rates.

There is a certain amount of complexity involved when working with rolling stock of any type. Overloads are necessary when moving between track gauges in the case of international schemes. In addition, if a large plant does not have its own rail access roads, then door-to-door delivery is possible only with combined transport. Technical failures, although extremely rare, affect entire timetables.

How competitive is rail transportation compared to road haulage?

It depends on many factors such as trade lane, volume and weight, delivery time, urgency, and budget. To make a proper comparison here, specific data is necessary. The general rule, however, is that rail is most appropriate for large tonnages of standard cargo traveling long distances. In this case, a client on the Asia-CIS-EU route, taking into account the gauge change, will receive his goods in only a few days. Once again, there is a question of priorities: time or budget?

It is important to understand that a rail transport project is often a story about multimodality. This is not about whether sea or rail is better but rather about creating the most convenient and profitable logistic scheme for the client.

Here’s an example. The AsstrA team once shipped a container by sea from South Korea to Lithuania, from Lithuania to Duisburg by container train, and from Duisburg to the recipient’s door by container truck. The possible complexity gave the AsstrA customer the choices that led to the most cost savings.

Of course, in some cases, the product itself determines the type of rolling stock to use. Here the customer receives full information from the company's experts from the very start: what can be transported and what not, what additional permits are required for cargo transportation, and which delivery scheme will work best.

AsstrA serves every railway transport need, from standalone transport to insurance coverage, customs settlement, and turnkey projects where all you have to do is answer the phone to receive confirmation that your goods were delivered.