Mineral fertilizer logistics account for 2.5% of AsstrA business in 2018

The AFL Division, established in January 2018, specializes in the transportation of various types of fertilizers, including urea and granular and lump sulfur. In its first year, AFL organized transport for more than 300,000 tons of cargo and accounted for 2.5% of the company’s business. By the end of 2019, AsstrA plans to increase this share to 4%.

The key decision was made to form the division in November 2017, when AsstrA signed a two-year contract for the transshipment of sulfur with a large chemical company. In this project, the corporate group entered into an exclusive contract with a Caucasian port. During the first year of cooperation, AsstrA-Associated Traffic AG carried out transshipment of 220 thousand tons of bulk sulfur from the Kashagan field through this port. 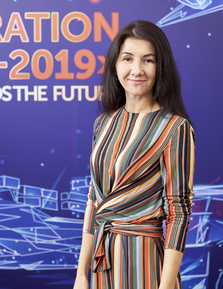 "Our task was to carry out the transshipment of sulfur via a Russian Black Sea port. The AsstrA team developed a scheme especially for the client to realize the transshipment of this kind of cargo in bulk. Due to low rainfall at the berths, the shipment of sulfur to the RAID occurs with the help of river-sea vessels with capacity of 3.5 - 5 thousand tons. The barge goes through the channel to the RAID, where the RAID crane is set up for handling bulk cargo. There, the sulfur is transshipped to the client's sea vessels with capacities from 20 to 50 thousand tons,” says Svetlana Palkina, Head of AsstrA Fertilizers Logistics.

“Such a scheme entails certain risks, including the demurrage of a ship. AsstrA’s task is to organize this complex process that includes accepting and unloading wagons at the terminal, ensuring the correct conditions of cargo storage in the warehouse, and organizing the uninterrupted shipment of cargo to the ship to meet the regulatory deadlines for loading the ship in the roadstead. AsstrA considers these risks and builds all necessary processes into a single chain."

For 1.5 years, the AsstrA corporate group has worked closely with this port to successfully implement this project. The shared success has resulted in a joint venture with the port’s owner  with a dedicated terminal for sulfur where AsstrA will handle client relations, infrastructure development, work standards compliance (including HSE), and cargo storage and transshipment service quality optimization.