The European road freight market is facing a lot of changes. The Mobility Package, penalties for rest breaks in driver cabins, and a lack of professional drivers are shaping new EU road transport conditions. Where the changes will lead?

It seems that the biggest current change in the road freight market is the widely discussed Mobility Package. What is its purpose? 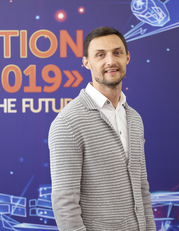 The European Commission's Mobility Package is a collection of initiatives concerning the governance of commercial road transport in the European Union. It represents the biggest change to EU road transport rules and covers many aspects of the industry's activities. For example, in Spain, the majority of export shipments in 2018 were covered by Lithuanian, Romanian or Bulgarian carriers that do not have any physical presence in Spain. The Mobility Package will limit competition, standardize rates, and open the market to local Spanish carriers. The situation is similar across Europe.

As the World Road Transport Organization (IRU) emphasizes, the Mobility Package is intended to address a number of problems and support specific developments within the European road transport sector. The harmonization and simplification of the rules aim to deliver better, more consistent enforcement across all Member States, more socially fair competition, better environmental performance of road transport operations, and more innovation, among other goals.

Probably yes. In many European countries such as Germany, France, or Austria, penalties for non-compliance with cabin accommodation rules came into force in 2018. In Spain, for example, a ban on 45-hour rest periods inside a truck cabin came into force in this year. According to law, the regular weekly rest period should not be taken inside the vehicle. The goal of the legislators was to improve the working conditions of drivers and to combat unfair business practices and irregularities in the transport industry.

How about the average age of road transport drivers? Does it make you question the long-term feasibility of this mode of transportation?

It has to be admitted that the situation is not optimistic. According to projections from the German Association of Freight Forwarding and Logistics Companies (DSLV), 2/3 of drivers will retire over the next 15-20 years.

Drivers’ average ages look discouraging across Europe. According to British media, there are 50 fewer drivers every day and their average age is 55. In Spain the situation is not much better, with 70% of drivers over 50 according to the Main State Traffic Administration. According to the German Association of Freight Forwarding and Logistics Companies, only one third of the country’s drivers are younger than 45. Poland needs 100,000 more drivers. The Dutch Labor Office reports that the country’s driver shortage is growing by 35% a year. The main reasons behind this phenomenon are difficult working conditions and the high cost of getting licensed. Due to this situation, there is considerable migration of drivers between countries. As we can observe, European road transport is taking a new route.