AsstrA Completes First Direct Shipment to China with Own Truck

In 2018, China officially announced the full observance of the International Road Transport (TIR) system on its territory. In 2019, an agreement on free border crossing between China and Russia was adopted. 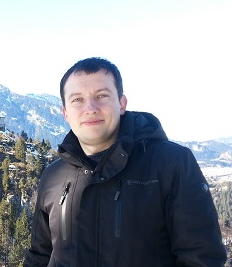 "This year, China opened the way for the flow of goods to its territory from Russia. Now, delivery of goods by road can be carried out anywhere in China. This allowed customers to choose goods delivery schemes to the most convenient destinations. At the same time, the domestic road transport markets of both countries are still protected by restrictions on cabotage. Thus, these new regulations in no way infringe upon the rights of national carriers in the domestic markets of Russia and China,” said Maxim Krinitsa, Head of the Transport Department for the AsstrA group of companies.

“In addition, the logistics markets in Europe and in the former Soviet Union are very competitive, and this regulatory innovation opens up impressive growth opportunities related to the volume of road freight to/from China. Previously, foreign carriers were not allowed to make deliveries well into China, and the transshipment of goods was carried out exclusively at border terminals. In light of the latest news about the full observance of the TIR Convention in China at external and internal customs posts, foreign carriers have a unique opportunity to enter the Chinese market. International road transport will be an alternative to already popular rail transport as well as air and sea container transport. Therefore, we have started to develop this service."

In the summer of 2019, AsstrA used its own Scania R400 ecological class Euro-5 diesel truck to complete the company’s first direct road shipment from Irktusk, Russia to Manchuria, China. It route was 1,600 km long, and the vehicle was loaded on 30 July. On 3 August it arrived at the customs terminal in Manchuria, where the cargo was cleared and unloaded on the same day. The load consisted of

disposable chopsticks packed in 830 bags of 26 kg each. The batch was loaded in bulk and weighed 21,580 kg.

The return trip was originally scheduled for August 10 but was rescheduled by the sender. AsstrA transported a disassembled gazebo from Manchuria, China to Perm, Russia. Car loading and customs clearance took place on August 18. The next day the car crossed the Russian-Chinese border. On August 20, the documents were submitted to the TRANS-Baikal customs authority. On August 21, Russian customs decided to inspect the cargo. The next day the car stood waiting for this inspection. On August 23 a full inspection involving the complete unloading of transported goods was carried out. By the evening, the car was reloaded but the necessary documents were issued only on August 27, when the truck departed. On the evening of September 2, the vehicle arrived in Perm, and unloading took place the next day.

"Unfortunately, the reason for postponing the shipment remains unknown. Most likely, the sender did not have time to prepare the goods. Due to the fact that information about the return trip’s schedule arrived at the last moment, there was no time to adjust,” explains Maxim Krinitsa.

“The customs inspection was another forced delay lasting one week. The reason was "inconsistencies" in the documents relating to the completeness and value of the goods. The gazebo was transported with decorative elements whose description raised questions from the customs inspector as to the cargo’s value. It is almost impossible to predict such scenarios. To solve such a complex issue, it is often necessary to interact with several people performing strictly defined functions. The time zone differences also reduce working efficiency."

With the return trip, the vehicle covered 5,600 km in 6 days of operating time. The cargo was delivered door-to-door and recipient did not have to handle delivering the goods from an airport, railway terminal, or seaport.

This case illustrates the advantages of road transport compared with shipments by other modes of transport. Such advantages are reduced transit times with the possibility of door-to-door delivery that proceeds independent of other vehicles.

AsstrA offers transportation and customs clearance services related to road transport between Russia and China. Delivery is carried out by our own tented trucks with loading capacities of up to 24 tons and volumes up to 92 m3.