The three-day international industry conference Argus Mineral Fertilizers 2019. Production, trade and logistics in the CIS and Baltic countries kicked off in the Belarusian capital of Minsk on September 4, 2019.

Among attendees were not only CIS fertilizer producers but also other companies specializing in the import and export fertilizers as well as their transportation and transshipment.

Svetlana Palkina, Head of AsstrA Oil, Gas, and Fertilizers Logistics, shares her impressions of the conference: 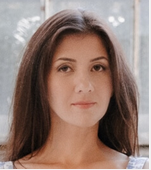 “AsstrA has participated once again in an Argus event. I would like to praise the event’s excellent organization. The conference traditionally brings together market leaders. In an informal atmosphere, the AsstrA team talked to existing and potential partners. We managed to discuss current and future contracts, as well as problems and prospects for the development of the fertilizer industry. By attending industry conferences, AsstrA better understands the logistics needs of this market, keeps track of new routes, and offer customers alternative solutions.”

The conference in Minsk was devoted to a review of current trends in the fertilizer market. As part of the business program, industry experts predicted the expansion of fertilizer production capacities in the CIS. Event participants discussed key aspects of logistics including characteristics of transportation by rail and sea as well as the features of ports and terminals. During the proceedings, new geographical routes for export shipments were discussed as well as fertilizer exports by sea. 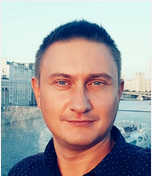 “Agrus analysts traditionally report on market conditions and give development forecasts. Numerous reports mentioned China's influence on global fertilizer production conditions and consumption. China has quickly evolved from being the main consumer of certain types of fertilizers into an exporter. And this, of course, requires adjustments.

Political issues as well as US-China and Russia-Ukraine relations are directly affecting the emergence of new freight flows. For example, Ukraine blocked fertilizer imports from Russia. Some manufacturers have to seek new markets and increase supplies to the domestic market.” says Oleg Sysolyatin, Head of the AsstrA Group General Cargo Transportation Division.

As Svetlana Palkina says, there is a tendency to increase the production of complicated, complex, expensive, and more effective fertilizers.

“The population of the planet is growing, and new technologies are being used to maintain required productivity levels. On the other hand, in European countries people are returning to organic fertilizer, for example in Poland where organic farming is becoming popular. This is due to popular demand for eco products,” says Oleg Sysolyatin.

The fertilizer market has its own characteristics. First of all, manufacturing is concentrated.15 countries account for 80% of total ammonia production, which is used to produce nitrogen fertilizers. 85% of global phosphorusore fabrication takes place in 7 countries. 6 countries account for 85% of global potassium chloride production. Manufacturers are large, well-established companies and the market therefore has high barriers to entry. That’s why such events are very important: you meet and communicate face-to-face with representatives of these hard-to-enter markets.