First Container Train from China to Poland Arrives in Sławków

On January 5, 2020, the first container train from the Middle Kingdom to Poland reached the Silesian station of Sławków. It had traveled nearly 9.5 thousand kilometers over 12 days from the Chinese city of Xi'an.

This debut container train set off for Sławków station from Xi'an on December 24, 2019, on a broad-gauge track. Its 45 containers traveled close to 9.5 thousand km through China, Kazakhstan, Russia and Ukraine. It entered Poland on January 5 through the Izow / Hrubieszów border crossing. In the nearby
Euroterminal Sławków, the containers were reloaded onto railway wagons and trucks before being
delivered to end customers. This was the first intermodal train to reach Poland directly from China on the New Silk Road.

The entire route from Xi'an through Kazakhstan, Russia, and Ukraine to Sławków is 9,477 km long. The opening of the broad-gauge railway line has significantly sped up transport that has mostly been carried out by sea until now. It is worth noting that a container ship leaving Shanghai needs over a month to reach Gdansk. By rail, the same load can now reach Poland twice as fast.

Euroterminal Sławków, near Dąbrowa Górnicza, is the westernmost place in Europe the broad-gauge track reaches. The Sławków Broad-Gauge Metallurgy Line (LHS) is the longest broad-gauge line in Poland intended for freight transport. It connects the Hrubieszów / Izow Polish-Ukrainian rail border crossing with the Śląskie Voivodeship. It covers almost 400 km and runs through five voivodeships in total: lubelskie, podkarpackie, świętokrzyskie, małopolskie, and śląskie.

The city of Xi'an in central China has about 13 million inhabitants. It is an important economic center with well developed high technology, machine, electrical, and metallurgical industries. The city is also the former capital of China. This was where the historic Silk Road began. Currently, Xi'an is considered the fastest growing inland port and logistics center on the New Silk Road. 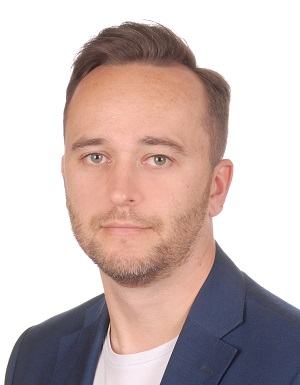 "The railway solution through Sławków fits perfectly into the Trans-European Transport Network (TEN-T) creation program and has an optimal length. However, as experts note, the solution involves higher risks of increased costs. Further development and implementation of this program should include an alternative rail connection through another Ukrainian-Polish border crossing like Mostiska / Medyka. Doing so would reduce transport costs without the need for additional investments in terminal infrastructure,” says Grzegorz Zdybel, Trade Lane Manager in the AsstrA-Associated Traffic AG international transport and logistics group.

The launch of this Broad-Gauge Metallurgy Line connection has been long awaited by Polish rail transport carriers. It is worth noting that access to the 1520 mm broad-gauge track infrastructure requires appropriate locomotives and is therefore more expensive than access to the narrow-gauge 1435 mm track. In practice, this means that there is one rail carrier on this section and only combustion locomotives are used. Prospects for improving CO2 emissions along the entire transport route are therefore limited.

These factors have a direct impact on the final price of rail services here. Narrow-gauge rail connections through Ukrainian-Polish crossings like Mostiska / Medyka help lower transport costs and encourage competition. Carriers have open access, and transshipment terminals have already been built and are available. The deeper services market means customers get high quality, timely, and cost-effective solutions.

We should also remember about the so-called "intermodal discount" excluding the 1520 mm track, which supports the development of intermodal transport by 2023.

To sum up, now there are new, more cost-effective rail transport models and routes to complement existing options for delivery from China to Poland. Rail operators should take note. Lower costs for the government authorities and businesses using the rails ultimately mean lower costs for all of us, i.e. everyday consumers.

Costs invariably remain a key element in determining how transport orders are executed. It is also worth remembering the increasing economic importance of good ecology. Also, there are the somewhat forgotten private transshipment terminals along the broad-gauge track at the Polish borders.

The Chinese government is planning its first significant reduction of subsidies for 2022 Thus we are currently seeing growing attention to cost optimization and balancing the volumes carried by rail operators. These will be the most important factors influencing the state of rail transport from China to Europe, and their impact is already being analyzed,” concludes Grzegorz Zdybel.