In 2020, AsstrA-Associated Traffic AG celebrates it’s 26 th year. This year also marks the 20th anniversary of the Swiss corporate group’s Lithuanian representative office. We spoke with the AsstrA Lithuania team about where their logistics paths began and where they will lead next.

Lithuanian office manager Vilius Augulis chose a to pursue a career in logistics while still in school. After receiving his degree in Transport Economics and gaining his first work experience, Vilius Augulis joined AsstrA’s young Lithuanian company and has been there for quite some time. 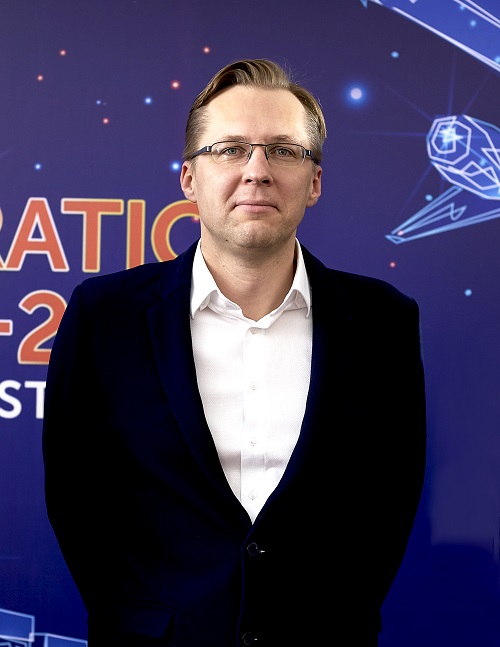 “At AsstrA, a forwarder is a ‘universal soldier.’ He is a sales specialist who communicates with partners and purchases transport services. He is also a transport manager who thoroughly understands the transportation organization process. And on top of all that he is an accountant who understands forex, invoices, and the amount of VAT to charge in different countries,” says Vilius Augulis.

Vilius Augilis has been working in the corporate group’s Lithuanian representative office since its opening. Over the last 26 years the Vilnius team, which includes 50 people today, has organized tens of thousands of transport projects.

“One memorable project involving the delivery of mobile pavilions was implemented before the 2018 FIFA World Cup. When we checked the coordinates of the unloading site near the stadium before the start of the project on Google Maps, we saw empty lots. During the championship, the mobile pavilions we were responsible for delivering appeared on the maps. It's a pleasure to contribute to such a clearly visible project,” continues Vilius Augulis.

Jonas Krukis, now a Trade Lane Manager in AsstrA’s France Division, joined the AsstrA Vilnius team in 2008. His managers saw the young specialist’s potential. According to Jonas, a logistics professional’s key skill is to remain stress-resistant and look for ways to solve challenges in any situation. 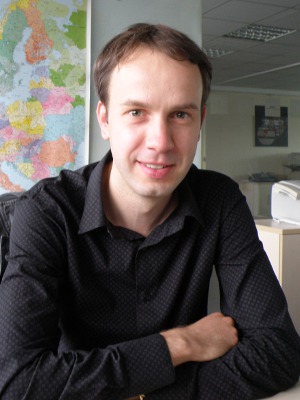 “For a client from the FMCG sector, the AsstrA team organized 100 deliveries from France to Russia every week for a month. We remembered this large-scale project for a long time, as it showed that thanks to well-coordinated work, even unrealistic tasks set by the client are 100% achievable,” says Jonas Krukis.

The transport and logistics industry directly reflects the dynamic transformation of the world and society. New IT technologies are changing how supply chains work.

“Automated processes are natural step in the industry’s evolution. The business that implements these technological solutions the fastest and most efficiently can lead the market. 26 years ago we used faxes. Today the youngest generation of AsstrA team members wonder what kind of “gadget” that is. A driver with a mobile phone was rare, and a photo from an unloading point was a major accomplishment. It was normal to go 2-3 days without an update on a shipment. Typically the driver would report its arrival at the unloading warehouse by landline phone. Today, thanks to AsstrA’s Track & Trace Visibility solution, the AsstrA team provides clients with access to information on transportation status 24 hours a day, 7 days a week,” adds Vilius Augulis.

The year 2020 proved that the global and local market conditions can change rapidly. In such unpredictable situations, the team’s support and can-do attitude are more important than ever.

“It is important to appreciate the results that the international AsstrA team has achieved so far. The experience we’ve gained over a quarter of a century is a key advantage for clients. Our main asset is the team. I would like each new employee to develop and grow effectively within the framework of his position. With a motivated team, the company will effectively achieve the global goals we set,” summarizes Jonas Krukis.