Team AsstrA Runs the Kiev Marathon with Athletes from 6 Continents

On the autumn weekend of October 31 - November 1, the 11th annual Wizz Air Kyiv City Marathon took place in the Ukrainian capital. This year, the race took place online, and runners had two days to cover their chosen distances. Thanks to the race’s digital format, for the first time in the race’s history athletes from 6 continents were able to participate simultaneously. The marathon brought together 4,300 runners in 43 countries. The athletes chose distances of 4.2 km, 10 km, 21 km or 42 km and had the option of running with dogs in the Pro Plan Dog Run Online.

Evgenij Shipitko, a Forwarder in the AsstrA Drinks & Tobacco Logistics Division and a member of the AsstrA Running Team in Kiev, ran the 21 km race. 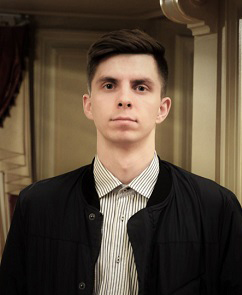 “This was not the first time I have participated in a city race, but this is the first time I have attempted such a long distance. I wanted to test my strength and run twice as much as my usual 10 km. The distance turned out to be more difficult than expected: the cold autumn weather with drizzling rain did not make things easier,” says Evgenij Shipitko.

For athletes who wanted to start the marathon in a traditional place, the organizers prepared a starting area on Trukhanov Island in Kiev.

“Since the marathon was held online, each participant was able to chose his or her route independently. I ran to my favorite places in Kiev: Khreshchatyk Street, Andriyivskyy Descent, European Square, Kontraktova Square, Glory Park, Mariinsky Park, and past the Motherland Monument. I completed the distance on the Embankment on Podil,” says Evgenij Shipitko. “I am glad that I managed to run the half marathon, and now I want to repeat the distance shoulder to shoulder with colleagues in a traditional group race. Running with like-minded people and support from fans is a great way to get an incredible boost of energy that helps you go further.”