In general, it takes skilled specialists to handle transportation of oversized cargo. But to transport 26+ ton industrial equipment over 8,200 kilometers during the Chinese "Golden Week" it requires specialists who are more like miracle-workers.

“Golden Week” is a Chinese holiday from October 1 to October 8 that honors the Mid-Autumn Festival and the Day of the People's Republic of China. During these eight days, China is immersed in celebration and cargo transportation is prohibited.

The AsstrA Industrial Project Logistics team won a tender to ship a production line for a customer from the pulp and paper industry. The AsstrA corporate group’s team quickly began to develop a logistics scheme for the delivery of the production line. However, due to additional tests required for the cargo, the shipment was delayed and fell on the eve of this important Chinese holiday. 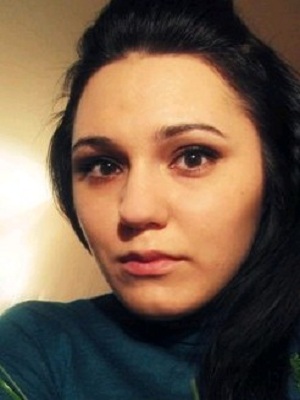 “It took a long time to prepare the equipment for dispatch, so there was a risk of the project being delayed for an additional week due to the holiday. What saved us is that, according to the regulations, cargo can be transported during “Golden Week” if it is already on the toll highway when the holiday officially starts. The driver managed to get on to the toll highway beforehand and was therefore able to continue driving despite the holidays. At that point, the only issue was that a loaded truck could cover no more than 450 km per day on the weekend due to speed limit restrictions,” shares Irina Ermakova, Oversized Cargo Forwarder at AsstrA.

The largest piece of the pulp from softwood chip production line was an expansion cyclone in a container with dimensions of 9,720 x 4,770 x 4,500 mm and weighing 26,210 kg. The height of the vehicle with the packed cyclone was 5,200 mm. In Europe, such a project would not have been possible due to a 4,500 mm height limitation dictated by European bridge design.

“The oversized equipment was delivered from the Chinese city of Zhongshan to the city of Ust-Ilimsk in Russia. Transportation of the cyclone by road possible thanks to the greater capacity of road infrastructure in China and Russia compared to Europe. In China, there is also greater flexibility in selecting travel routes and deviating from them if necessary,” says Irina Ermakova.

There was road construction on one part of the original route. Taking a detour on local roads would have significantly slowed down the shipment, so AsstrA’s transport partner decided to change the route. The driver took the truck with the cargo back 700 km to enter the Beijing-Tianjin expressway and from there traveled on towards Manchuria. Maintaining a quick tempo was imperative for the cyclone to arrive on time.

Throughout the transportation, the client received daily project status updates. The AsstrA team monitored the location of the cargo, planned its route, and arranged for the arrival of the vehicle. At each stage of transportation, corporate group team members completed all the necessary documentation and photographed the cargo to keep the client in the loop.

Two new challenges awaited the AsstrA team at the border between China and Russia. The first was tightened cargo traffic control in light of the global epidemiological situation. To export cargo from the PRC, it was required to receive an authorized transport corridor, the process of which took several days of waiting.

The second challenge was going through Russian customs control. Due to the size of the cyclone, it was not possible to enter the checkpoint due to design of the road junctions and narrow entrance gates. The AsstrA team, with the assistance of the recipient in accordance with plans made at the beginning of the project, “detached” the cargo and completed the customs clearance procedure directly at the place of unloading.

“To the client, this project demonstrated our team work. One expert’s abilities were complemented by the skills of another. This is how synergy produces innovative solutions,” summarizes Irina Ermakova.