According to the 2020 report of the Central Statistical Office of Poland, the country imported goods worth PLN 87.9 billion from China from January to August. In comparison, this annual figure was two times lower 12 years ago. Thanks to the New Silk Road, the constantly growing volume of freight traffic along Eurasian corridors testifies to positive prospects for Polish logistics companies.

In 2014, 307 trains entered service on Eurasian rail routes, and in 5 years this number increased to 8,000. During this period, Polish transport network infrastructure has modernized, including railways and ports. New logistics centers and transshipment terminals have been built, and new regular international connections have been launched. 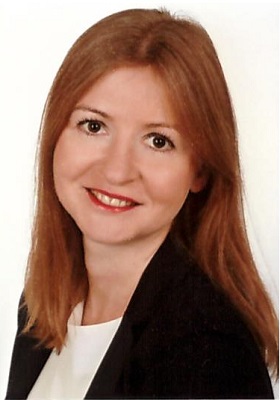 “The numbers speak for themselves. Poland is a significant transit point on the New Silk Road. However, market trends should be constantly monitored in order to respond promptly to the needs of Chinese and European shippers. Infrastructure upgrades, the modernization of strategic railways network elements, and investments in terminals will improve the timeliness of deliveries and the throughput of trade routes. These steps, in turn, give Polish enterprises competitive advantages and strengthen Poland's position as a European hub,” says Anna Reczulska, Head of the EU Rail Freight Division at AsstrA-Associated Traffic AG.

Despite restrictions associated with the coronavirus, the market for intermodal solutions continues to grow. According to the Railway Transport Administration, in the second quarter of 2020, a record 5.5 million tons of cargo was transported by combined schemes. In the same period in 2018 and 2019, cargo turnover amounted to 4.3 and 4.7 million tons, respectively.

A further increase in the container load factor is predicted, since rail transport of containers during the pandemic has proved to be a stable option for transporting goods. At the same time, air transport has quadrupled in price. Intermodal rail transport has met the expectations of Chinese freight suppliers and European consumers. The number of containers loaded depends on which wagons will be allocated for a particular form of transport. As a rule, these are 41-43 40-foot containers.

AsstrA's clients can benefit from a full range of transport and logistics services for rail freight. Special trains and containers are used for tailor-made door-to-door schemes based on specific customer needs. For the first 10 months of 2020, the corporate group’s experts organized over 4.5 thousand railway shipments of bulk, oversized and heavy, and dangerous goods.

“Intermodal transport is the future of trade between China and Europe. Poland occupies a strong position in trade with Asia. However, countries such as Lithuania or Russia – especially its Kaliningrad semi-exclave – have also begun to increase their share of the Eurasian corridor. Further development is focused on transport solutions taking into account the following modes of transport: container ships, feeders, trains, and trucks. Poland plays a key role in the European Strategy for Sustainable Transport Development, which aims to increase the potential of the transport sector and guarantee environmental sustainability,” – summarizes Anna Reczulska.