Historically, railways have been one of the principal cargo transportation modes. After ocean transport, rail is the second most popular transport mode in terms of shipping turnover. The world’s railway network is 1.3 million kilometers long. The length of the railway between China and Europe along the New Silk Road route 11.2 thousand kilometers.

The AsstrA international corporate group had a busy start to 2020 The logistics provider helped ship spare equipment parts from China to Hungary for the construction of the new “Belt and Road” railway between Hungary and Serbia. Serbia began construction of the railway to Hungary, from where it is planned to stretch as far as Greece.

“The AsstrA team was responsible for organizing the last-mile container transportation of parts from the China Railway Group that will be used for the Budapest-Belgrade rail segment. Additional services included the execution of transit customs documents. There were 55 containers delivered from Wuhan. 14 cargo containers arrived in January, and the remaining 41 in February. The cargo was delivered to the Nova Pazova railway station in Serbia,” says Vladislav Martin, China Division Specialist at AsstrA.

The project was particularly challenging due to strict delivery conditions and tight scheduling at the railway station.

“We unloaded containers only on certain days - Wednesdays and Fridays. At all other times, the railway line was under construction. Our specialists had to adhere closely to this schedule in order to meet the recipient’s deadlines. It was not easy! Serbia is not part of the EU and it was tough to determine border crossing times,” adds Vladislav Martin.

According to official regulations, only 5 containers could clear customs every day. Therefore, efficiently handling customs control formalities was a priority for the AsstrA team. Otherwise, additional financial losses would result.

“Longer delivery times lead to more costs. Storing loaded containers at the railway terminal in Budapest costs 30 euros per day, starting on the 4 th day after arrival. Consequently, with poor planning, storage costs for all the containers could have reached 1,200 euros per day,” says Vladislav.

Then the cycle repeated.

In this way, AsstrA specialists were able to deliver all the containers in two weeks, with one additional container included in the final delivery. With this clear and efficient scheme, the client successfully completed the project with minimal costs. 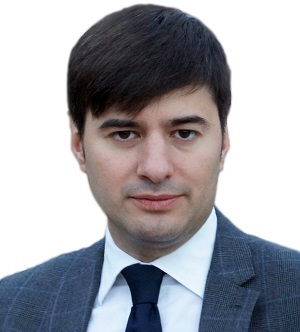 “Participation in an international project under the auspices of the authorities of the EU, China and Serbia was an unforgettable experience. It’s nice to know that we are involved in the development of important European infrastructure. We always strive to stay close to customers and advise on issues requiring operational solutions. We are serving increased demand in the region and have opened an office in Budapest accordingly. Our presence there puts us closer to local customers and helps us respond to their requests immediately,” summarizes Andrzej Iwanow-Kolakowski, EU Countries Regional Director at AsstrA.