Starting March 09, 2020, the accelerated container train (UKP) will depart weekly from the Kupavna railway station near Moscow to the Damu Industrial in Almaty.

Transit time will be no more than 8 days. Support services available from AsstrA include: 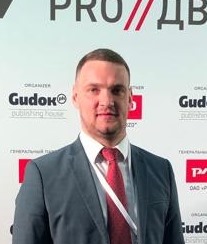 "AsstrA is working hard to build operational competencies and expand the railway services we offer. As a result, the first Moscow-Almaty accelerated train will deliver cargo door-to-door for our clients. The new route is a joint venture between AsstrA and railway rolling stock operator Istcomtrans LLP. Thanks to this partnership, our customers can take advantage of regularly scheduled departures, reduced transit times, and, of course, competitive rates," says Andrey Sulla, Deputy Operating Director for Rail Transport at AsstrA.

Accelerated container trains are increasingly popular in railway logistics. UKP trains offer all the advantages of rail transport – including maximum cargo safety and competitive transportation costs – with delivery times comparable to those of road transport. Accelerated trains’ primary difference with normal trains is that they make a minimum number of stops along the route.

"Over the past three years, the AsstrA team has been receiving a steady stream of requests for accelerated deliveries between Moscow and Almaty – particularly from fertilizer manufacturers and suppliers and businesses in the metallurgical, chemical, woodworking, and food industries. Our launch of this UKP service is an important step towards meeting our customers’ needs, " adds Andrey Sulla.