2020 has become the year of a new reality. The world is vulnerable, globalization is risky, and the saying "it's good to be away, but it's better at home" took on a literal meaning.

In self-isolation mode, cooking has become not only a basic need, but also a popularly accessible pastime. Recently, there has been time to cook "according to that complex recipe" that we had been wanting to try since last year. On social networks, culinary battles are organized among both amateurs and professionals.

Interest in cooking is also confirmed by sociologists: while quarantines have been in effect, food consumption has increased. This means that people increasingly depend not only on smooth food delivery but also the cultivation and production of sufficient food. For this reason, there is no crisis in the global mineral fertilizer market and the industries that serve it.

A batch of 150 tank cars was sent to a fertilizer producer. The Customer was RM Rail, a manufacturer of modern railway freight trains for railway operators. 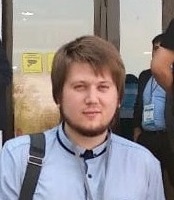 "The tanks were delivered in three months. Travel time from station to station took 5 to 7 days. Thanks to our direct fare settlement agreements with the Russian and Belarusian Railways, our Clients can take advantage of favorable tariffs. In addition, downtime is eliminated, which significantly optimizes Clients’ time and financial costs. The result is a successfully completed project and a satisfied Customer," says Dmitry Gerber, Trade Lane Manager in AsstrA’s Railway Department.