For sellers, the final stage of transporting a product from the port or from the railway station to the final customer is an additional effort. Therefore, "last-mile" delivery is becoming a wise, popular solution for customers with multi-stage transportation schemes.

In July 2020, one of AsstrA’s steady Chinese clients received a government order to supply the Chinese embassy in Romania with masks from China. According to plans, the embassy would later hand the masks to the Romanian authorities as humanitarian aid from the People's Republic of China.

The logistics project involved organizing a last-mile delivery from Poland to Romania. As a rule, rail cargo is delivered from the railway station over the last mile in the in the containers in which they arrived. In this case, however, AsstrA experts proposed an alternative, more economical scheme. 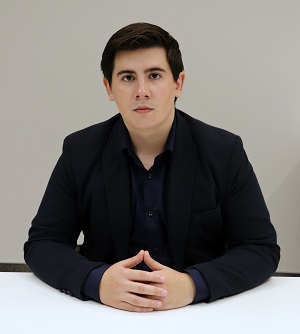 “The final recipient was the Chinese Embassy in Bucharest. This is not a business, and diplomats are not familiar with the transport industry’s nuances and peculiarities. Therefore, they requested organizational support and consulting,” shares Vladislav Martin, EU Trade Lane Manager in AsstrA’s Chinese Department.».

The AsstrA team received the container at the Polish terminal in Malaszewicze. By reloading directly from the container to a truck without warehouse storage, transportation costs were reduced. Keeping the project on budget remained paramount for the Chinese side. Thanks to the agreements reached between the customs authorities and the AsstrA team, one transit declaration was required to processed instead of the usual two.

Considering the complexity of routes from China to Europe for small consignments of one-time cargo, such a delivery scheme becomes an effective "price-quality-time" trade-off and helps clients avoid organizational or financial difficulties.

“The client and the recipient appreciated how good the cooperation between AsstrA offices was. Despite the time difference, the interaction between the teams from Shanghai and Warsaw is fine-tuned and works like a Swiss watch. The client's questions were resolved quickly and efficiently. In such transportation, speed is of decisive importance," added Vladislav Martin.