2019 marked the end of a 10-year growth streak for the automotive industry. The recent decline in production capacity was caused by a PRC / USA trade war that deepened the economic downturn in China. Additionally, the “hard” Brexit and tightened CO2 emission standards for trucks in the European Union have played a role.

In 2020, measures taken by a number of states to contain the spread of the COVID-19 pandemic have exacerbated the decline in the automotive sector. The first shutdowns of production facilities took place in the Chinese province of Hubei. Toyota, Honda, and Dongfeng Motors, which has joint ventures with French automobile concerns Groupe PSA and Groupe Renault, all have factories in this region. An acute shortage of spare parts from the PRC soon followed.

With the introduction of quarantine measures in European countries, the production of cars there was also suspended. Italian Fiat Chrysler Automobiles (FCA) and German Volkswagen were forced to reduce production rates.

Quarantine measures have also changed consumer habits. Along with a decrease in the production of cars and car parts during the acute phase of the lockdown, demand for certain vehicles has also decreased. The situation began to change with the gradual lifting of restrictions.

In the “new reality,” local tourism has gained popularity. Social distancing requirements have influenced transportation choices. Instead of high-speed planes and eco-friendly trains, people increasingly choose cars for both personal and business travel. A number of companies are encouraging employees to use cars for business trips to reduce social contact and limit the risk of infection. According to McKinsey, reduced demand for public transport is one of the long-term consequences of the pandemic.

Since April 2019, the AsstrA corporate group has been providing regular deliveries between Poland and the Netherlands for a car manufacturer. Due to the global epidemiological threat, at the end of March 2020 the automotive company suspended the activities of most of its factories in Europe. 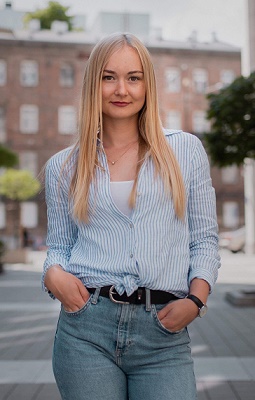 “The AsstrA team has adapted to the new conditions. While the strict quarantine was in effect, car parts manufactured at a Polish plant were delivered to a Polish warehouse for temporary storage instead of to an automotive company in the Netherlands as originally planned. Thus, the shipments stayed on schedule and finished goods did not accumulate at the production site,” says Tatyana Danilyuk, Trade Lane Manager in AsstrA’s Benelux Division.

Thanks to the long-term business relationship between AsstrA and a trusted transport partner, it was possible to avoid additional costs for the client due to changes to the established routes.

“In May, as quarantine measures were loosened, the company resumed daily shipments as planned. Particular attention is paid to the safety of drivers, for whom mandatory protective equipment and climate controls are required. With the beginning of the summer season, the industry “revived.” We are reaching typical volumes for the automotive industry on the Poland-Holland trade lane in line with plans,” says Tatyana Danilyuk.