In the construction industry, argon and liquefied natural gas are used in many forms of welding. Gases are hazard class 2 dangerous goods that have extraordinary safety and documentation requirements for transportation. Accidents can put lives and the environment a risk, so specially adapted tank containers must be used for transport.

Tank containers may be used to flexibly transport special types of cargo. This kind of transport may be used for deliveries to almost every part of the world, as platforms for fastening containers are commonly used for road, sea, and railway transport. The advantages of tank container solutions include not requiring overloading and favorable rates compared to tank cars.

At a client’s request, AsstrA completed the urgent delivery of argon from the Russian city Blagoveshchensk to Sakhalin Island. This delivery route typically passes through the port Nakhodka to the port of Korsakov on Sakhalin, from where containers are delivered by road to Yuzhno-Sakhalinsk. The average estimated journey time on this route is 4 weeks. 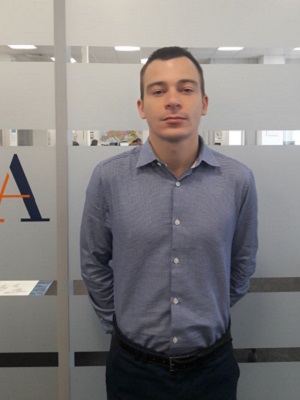 “This route has been proven to be time- and cost-effective. Even so, an exceptionally fast transit time was the decisive factor in this transportation project. Despite the order’s otherwise typical parameters, the transit time needed to be at least 1.5 faster than usual,” says Gleb Goncharov, Railway Department Trade Lane Manager at AsstrA.

“At first glance, it was not feasible. But we soon realized that we could make it work and began registering the transport documentation.”

To optimize the timing, AsstrA experts considered using different ports with shorter ferry and transit times. After reviewing possible schemes, the team decided to send the cargo via the Vanino-Kholmsk ferry lane.

“With this ferry lane, the transportation of railway cars is possible. In our case, this saved time because no transport-change operations were necessary. The tank container stayed on the railway platform from loading all the way to arrival at the destination,” adds Gleb Goncharov.

This new, alternative route allowed the client to received the cargo a week earlier than they would have via the standard delivery route. 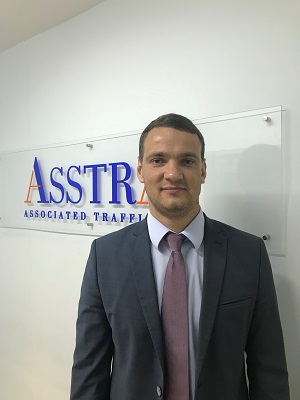 “This project involved the use of a special tank container costing around 200 thousand dollars. Therefore, we had to pay special attention to ensuring the safety of not only the cargo but also the container itself. The AsstrA team’s well-coordinated work guaranteed the success of the project. The client’s requirements have been met. Such challenges force us to look for alternative routes, work with new partners, and improve our flexibility so as to handle any situation,” summarizes Andrey Sulla, AsstrA Deputy Operating Director and Head of the Railway Department.