The relocation of fleets, production and processing lines, as well as factories requires the preparation of comprehensive, multi-stage action plans. From July to November 2020, the AsstrA Heavy Lift team implemented its largest ever logistics project involving a shipment from Germany to Ukraine.

In July, after six months of preparation and delays due to the Covid-19 pandemic, the plant’s move began from Bischweier in Germany to the Ukrainian city of Rivne. Due to the plant’s dimensions and the 1,600 km transport route, the delivery took 4 months and involved over 1,000 shipments of full and oversized cargo.

The range of services provided included both the organization and coordination of transport processes, lifting companies, and customs documentation as well as the supervision of loading and unloading operations. 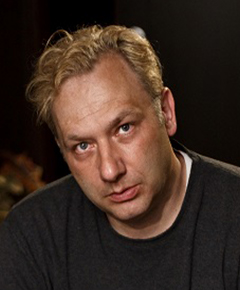 The main challenge was the development of a transport scheme for such complex, oversized elements. Due to their size, there were restrictions on the movement of the trucks on the highway and on individual bridges. The goods were delivered according to a multimodal scheme. In the first stage, 12 elements with a width of 8.50 meters and a weight of 90 tons were transported to the nearest German port in Kehl on the Rhine river,” says Przemyslaw Boronski, Head of the AsstrA Heavy Lift Department.

To set the terms and conditions of delivery to the port, discussions with the German road regulators lasted 7 working days – because of road work on highways and reconstruction of the transport hub at the exit from the place of loading – and ended with the issuance of a travel permit.

Loading in the port of Kehl was carried out directly into the hold of an inland navigation barge using mobile cranes. This was due to cargo dimensions, limited storage conditions, and lack of appropriate infrastructure.

“Thanks to favorable weather conditions, port operations lasted 1 working day. However, they were not without complications which make for a good anecdote today. We were prohibited from stopping vehicles, but an unknown driver blocked the only access road to the embankment. Because of that, the convoy of vehicles with the last two elements was delayed at the exit from the port,” says Przemyslaw Boronski. “There were no problems finding the truck’s owner, a company with an office located 400 km away near Munich, Germany. We could not reach the driver, so roadside assistance had to be called and the truck was towed to a safe place. Thanks to the participation of the German police, there were no additional costs for downtime of cranes and barges.”

Despite the changes in the loading schedule related to the above situation, the barge captain and AsstrA experts jointly decided to adjust the plan to put the elements in the hold. In the second phase of the pilot project, the cargo was sent by river transport to the largest Romanian port of Constanta. After transshipment, the goods arrived in Chernomorsk in Ukraine by sea 4 days later.

Then began the project’s last stage, delivery of goods to the final recipient by road. Due to the oversized dimensions of the cargo, simultaneous delivery is impossible. Therefore, after customs clearance, the cargo was divided into 4 parts, each accompanied by an escort. To comply with safety requirements, the cargo has been sent to the Ukrainian city of Rivne under the protection of the police and several civil aviation pilots. Due to the non-standard parameters of the freight train and the associated hazards for other road users, the speed of the convoy was capped at 20 km / h.

After 5 weeks, the cargo arrived safely at its destination. In addition to the delivery of 12 oversized items, the AsstrA team of experts also coordinated over 1,000 shipments including 300 oversized ones. Approximately 60 vehicles were sent out weekly. The corporate group’s teams in Magdeburg, Poznan, Kiev, and Minsk supervised loading and ensured the proper preparation of all necessary documentation, including export declarations. Engagement and responsive organization were the keys to this successfully completed project.