Archery, javelins, catapults, and rider chases were just a few elements of the medieval-themed challenges that obstacle racers could take on at this year’s Bison Race at the Nesvizh Castle in Belarus. An AsstrA Freight Forwarder who participated in this colorful autumn competition shares her impressions. 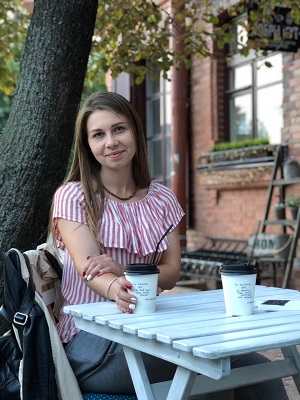 "I ended this year’s sports season with the Bison Race at the remote and picturesque Nesvizh Castle. At  this edition of the annual event, the participants not only overcame climbing frames and hurdles but also used 21st-century versions of medieval weapons. The organizers made sure to inspire the racers by recreating the atmosphere of the middle ages,” says Natalya Ratkevich, a Freight Forwarder at AsstrA.

Nesvizh Castle was originally built by Mikołaj Krzysztof "the Orphan" Radziwiłł in 1583 on the site of a pre-existing wooden castle. Today the location is home to a castle complex and monuments commemorating the 16th and 17th centuries. Considered one of the most beautiful places in Belarus, the site 112 km southwest of Minsk is one of Belarus’ largest parks and is well-known for its diverse architecture.

"I was satisfied with my personal result. I managed to cover the 5-kilometer obstacle course in 44 minutes and 4 seconds. That was the best time among women in my cohort, but I completed only 19 of the 20 obstacles. So I finished third place overall," sums up Natalya Ratkevich.

More than 800 participants took part in the race. According to the organizers, the site can host a maximum of 1,050 people.

This race was the year’s last event for the AsstrA Loves Sports team, which will now take a break until spring. We’re looking forward to seeing our colleagues winning more medals or simply enjoying their active lifestyles soon!