Precision, concentration, and attention are all traits of a professional archer. This sport is often referred to as the "art" of bow and arrow use. Despite the potential danger, archery is popular professional and recreational sport in South Korea, the USA, China and Italy. The process of carefully anticipating an arrow’s trajectory while adjusting for external factors so as to hit the target has many parallels in freight forwarding.  Strong techniques and good psychological preparation are keys to making effective, accurate decisions.

Nikita Shevchenko, a Road Freight Forwarder in AsstrA’s Central Europe Division, joined the company in 2017. He started out as an assistant and developed into the organization’s best forwarder by 2020. He took up firearm marksmanship in 2008 and officially qualified as a sportsman the year after. After his career shooting guns ended due to health reasons, Nikita discovered archery. 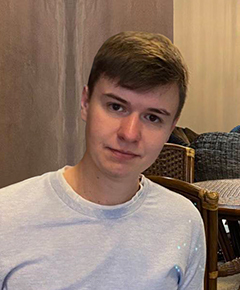 “Shooting guns involves stringent health requirements. Based on my last medical exam, unfortunately I was not allowed to continue practicing the sport. But I didn’t want my marksmanship journey to end there. Archery training took place in the next hall, so I decided to try my hand at that,” says Nikita Shevchenko.

After five months of continuous training, he qualified as a master archer in Belarus. In 2016, as a member of the national junior team he took 5th place in the European Championship. After joining AsstrA, he took a break to focus on his profession. In 2020, he began practicing again and won the National Championship after six months.

“The work of a freight forwarder requires responsibility and resistance to stress. The ability to pull yourself together and calmly assess a situation is important for finding solutions in even the most desperate times,” shares Nikita Shevchenko.

“I believe my experience working at AsstrA improved my archery performance despite a break from the sport. I am better able to view circumstances sensibly and make calm, calculated decisions. After all, 70% of preparation for an archery competition is training is psychological.”