In 2020, the price of iron ore continued to increase despite challenging global conditions. Last year, iron ore’s price rose 21%, whereas the price of gold rose by 19%. These figures are according to the Platts IODEX Index, which tracks the spot price of physically supplied ore consisting of 62% iron, 2.25% aluminum, 4% silica, and 0.09% phosphorus.

The Kryvyi Rih iron ore basin in the Ukrainian region of Kryvbas ranks second in Europe in terms of iron ore reserves. The deposit stretches 90 km in a narrow strip 3 km wide. The ore is mined by traditional methods and open pits. Rock masses extracted from quarries are crushed for further use using specialized equipment such as cone crushers.

In August 2020, an AsstrA client from the metallurgical industry contacted the company’s Kyiv office with a request to deliver an 80-ton cone crusher designed for large rocks. The cone crusher needed to be delivered from Shanghai to Kryvyi Rih, Ukraine. 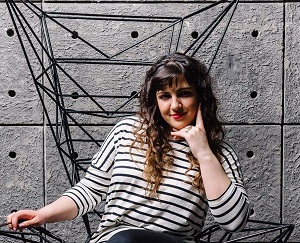 “In the tender, AsstrA presented several logistics solutions. During bidding, a team drawn from 5 AsstrA departments worked together to find solutions of various speeds and costs. The decision-making process lasted 6.5 weeks. Finally, the decision was made to go with groupage delivery by sea with further reloading onto a railway transporter,” comments the project’s dedicated coordinator, Larisa Mevkh.

The start of the transportation project coincided with a long October weekend commemorating the formation of the PRC. Public holidays, epidemiological requirements, and a several vessel changes extended the shipping date by more than a month. 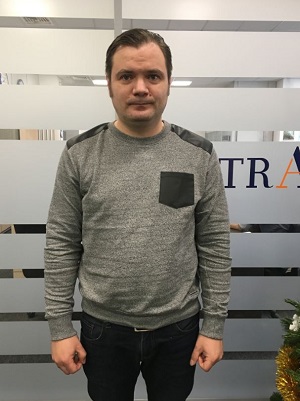 “After concluding the contract with the client, AsstrA booked space on a vessel that was subsequently placed in a two-week quarantine at the port of loading. The ship’s owner made a new vessel available that was was undergoing a pre-voyage technical inspection in Japan. The ship failed this inspection and was detained for 16 days to troubleshoot. The ship’s owner made space available on yet another ship that was then placed in a 14-day quarantine after entering the port due to COVID-19 restrictions that had been updated in the meantime,” comments Zakhar Korkin, a Forwarding Agent in AsstrA’s General Cargo Department.

All together, there was a month lost to the various ships’ technical issues and quarantines. During this time, the AsstrA team considered options for booking space on a fourth vessel. However, due to lack of space and updated rules requiring returning vessels to be quarantined, the team decided with the sender not to make further changes.

“Another peculiarity of this transportation project was that the sender did not provide a drawing of the cone during bidding. This drawing would have helped us develop a proper fastening scheme for the railway conveyor and calculate the costs of producing the fastenings. Fortunately, our experienced colleagues in the Ukraine Container Department were able to plan accurate costs and protect the customer from unforeseen expenses. In particular, Vladislav Chesnakov from the Ukraine Container Department’s operational team did an outstanding job planning, sourcing, and pricing the non-standard fastenings,” continues Larisa Mevkh.

Before the start of the project, the AsstrA team received a final packing list, which included an additional load: a box with parts weighing 1 ton. After delivery to the port of destination, the corporate group’s specialists divided the cargo, with the cone being sent via railway conveyor and the box of parts via truck across Ukraine.

Sea transport was planned from Shanghai to the Romanian port of Constanta with further transshipment via feeder vessel to the Ukrainian port of Chernomorsk Rybny. In total, the cone crusher and parts weighed 81 tons, less than 1% of the average carrying capacity of the vessel.

In this case, some of the vessel’s cargo was bound for the Algerian port Skikda, where the vessel called before continuing on to Constanta. Accordingly, total transit time increased for AsstrA customer’s cargo and the team had to adjust the logistics scheme they had planned

“Due to the unforeseen technical inspection, a 14-day quarantine, and an additional call at the Algerian port, the delivery time to Constanta was extended by 1.5 months. At the new arrival time, there was no feeder ship available to deliver the cargo to Chornomorsk. To avoid further delays, the AsstrA team worked out alternative options. The choice was made to use barges to deliver the cargo to the Ukrainian ports of Reni or Izmail. After verifying the ports’ technical equipment, transit time, and railway carrier availability, AsstrA specialists settled on delivery to Izmail. The fastening materials were urgently sent to the port,” adds Larisa Mevkh.