Before Nokia’s rise during the mobile telephone boom of the 1990s and early 2000s, it was said that Finland lived off its forests. Today, as Finland’s best known company has struggled during since the first years of the new millennium, that saying is true again. 75% of Finland's land area is covered by forests, 10% by lakes, and 8% by agricultural land. Industrial and residential areas cover only 2.5% of the country. The country’s cities and motorways have appeared accordingly.

Until 1995, the transport corridor called the Northern Triangle was regarded as the brainchild of the Nordic Council, the official body of inter-parliamentary cooperation between the Nordic countries of Denmark, Iceland, Norway, Sweden, and Finland. The E18 motorway is part of this Northern Triangle transport system and forms part of the European Union’s Trans-European Networks.

Stronger trade relations between the Nordic countries and Russia in recent years has popularized the E18 motorway and transformed it into a land corridor of international importance. The 1,890 kilometer-long E18 roadway connects Ireland, the United Kingdom, Norway, Sweden, Finland, and Russia. 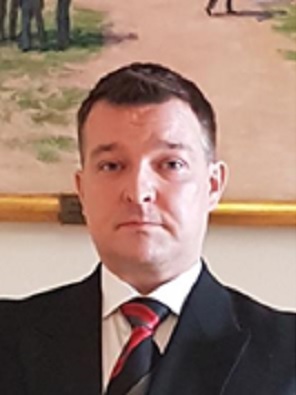 Risto Eskelinen, Project Manager in the AsstrA Industrial Project Logistics Division in Finland, discusses the benefits of the E18 for international freight traffic.

- Why is the E18 transport corridor regarded as a fundamental link between Europe and Russia?

No other EU-sponsored transport route directly connects Europe and Russia. Alternative shipping routes like North Sea-Baltic or the Rhine-Danube are adjacent to CIS countries, but they are still far away Russian population centers and industrial hubs.

- Why is the E18 motorway so important for companies in Finland?

In Finland, the E18 highway is a safe and well maintained highway you can use to reach Vaalimaa from Turku in less than 4 hours. In 2020, €57.3 billion worth of Finnish exports – 60% of the country’s total – passed through ports on Finland’s south coast. More than half of these exports are transported via the E18 during at least one stage of their logistics chains.

The border stations that run parallel to the E18 are the Ports of Helsinki and HaminaKotka and the access lines running to these ports. Also, the railways linking the cities on the south coast to the main railway line are part of the network's European corridor.

- What challenges does this route solve for AsstrA customers?

The E18 route is a link between the European Union and Russia. The Baltic countries Estonia and Latvia provide a similar link but have less developed infrastructure. In addition to well-established border crossings, the densely populated and highly industrial St. Petersburg region is located a few hours' drive from the Finnish border.

Thanks to well-funded infrastructure, shipments from St. Petersburg to Sweden, Norway, or Denmark (via the Scandinavian-Mediterranean corridor) can arrive safely at their final destination within 36 hours of departure. Because AsstrA Finland's office is located close to the highway, service and communication with the company's customers is simplified both domestically and internationally.