Hungary is strengthening its potential as an intermodal transit hub by investing in the country’s railways. In this article, Botond Kovacs-Mate, Branch & Country Manager in Hungary AsstrA-Associated Traffic AG, analyzes the ramifications of Hungary’s current infrastructure projects for trade between China and Europe. 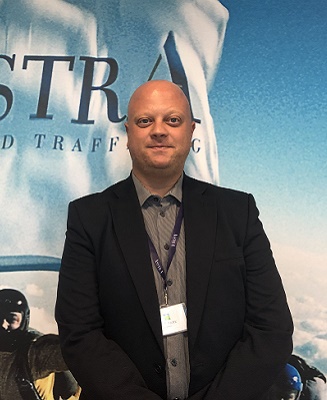 Trade relations between Hungary and China have been strengthening year by year. Currently, the Middle Kingdom is Hungary's largest trading partner outside the EU. In turn, Hungary, after Poland and the Czech Republic, is China's third largest trade partner in Central and Eastern Europe. In terms of volume, Hungary's primary exports to China are plastic products, machine products, and wood. Hungarian imports from China are mainly machine goods and chemical products.

For now, the vast majority of trains from China to Hungary cross the EU border at the Polish town of Małaszewicze near the border with Belarus. It is the world’s largest rail dry port where goods to be reloaded from broad-gauge trains to standard-gauge ones. The facility’s capacity is limited, however, and investments in infrastructure are becoming increasingly essential. A central logistic terminal must be built to improve transport flows to and from Poland’s northern ports and logistic terminals, and railway line improvement must be accelerated. These investments will be considerable but insufficient, and supply chain participants are actively seeking alternatives. By investing significant funds in rail infrastructure, Hungary aims to service more rail traffic from China and overtake Poland as the key European logistics hub for Asian cargo.

In this race for a “trade monopoly” in Asian rail traffic, one of Hungary’s first investments was the modernization of the Budapest-Belgrade railway line. This investment began in 2013 and was financed largely by a Chinese loan. Despite general delays, the project is expected to be completed by 2025. The main goal of the venture is to shorten shipping time by providing direct access to Central and Eastern Europe from the Greek Port of Piraeus.

Meanwhile, due to rapidly growing cargo volumes in 2020 and insufficient capacity on existing transport corridors, international businesses have been looking for alternative routes via, for example, Ukraine. At the beginning of January 2021, Hungary began constructing the East-West Gate container terminal in Fenyeslitke, 20 km from the Ukrainian border. Progress has been fast, and in May a standard-gauge railway line was commissioned to connect the Fényeslitke railway station with the new terminal. The facility will enable the reloading of containers from wide-guage to standard-gauge lines. The target reloading capacity of the new terminal is to amount to 1 million TEU per year.

AsstrA Hungary, working closely with the corporate group’s well developed network of offices in other countries, constantly seeks to provide customers with solutions meeting their unique requirements and tailored to current market conditions wherever they do business.