The self-driving car industry is growing exponentially. It's time to say that riding in a motor vehicle without a driver has become possible.

On the roads of Europe, there are already vehicles equipped with artificial intelligence. Riding in such a car feels like much more than simply moving from point A to point B. Modern technologies make journeys safer and more reliable by reducing the risk of accidents, assisting passengers, and sensing surroundings.

Artificial intelligence in a vehicle can take over the task of driving. Thanks to the past 5 years of progress, unmanned vehicle technology can now identify the best travel route online and notify passengers about possible obstacles on the road. Nissan, Volvo, General Motors, are Toyota are already in an unofficial race trying to start mass producing such smart cars.

Countries in Europe have entered the "unmanned" race and are building testing facilities for self-driving vehicles. The Czech Republic is currently leading this race and in the near future will become Europe’s main testing center. By 2022, on over 500 hectares around the Czech city of Pilsen, an innovative new testing area will be built for many types of new vehicles, including unmanned trucks and cars as well as electric and hydrogen-powered cars and passenger buses, to name a few.

Two famous car manufacturers, Škoda from the Czech Republc and BMW from Germany, have joined this challenging initiative. Roads will be built to simulate expressways, rural highways, bridges, and tunnels. The total length of the various roads will be 12 km. Designers expect that new Czech testing sites will be of interest to representatives of the European automotive concerns developing unmanned vehicles. 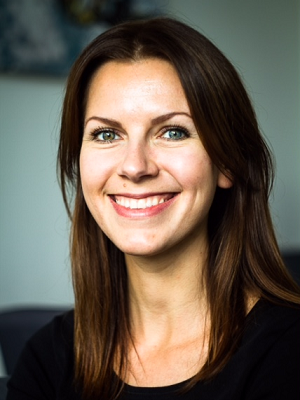 “The advantage of building new testing sites in the Czech Republic as opposed to using existing ones is that they can be built from scratch and purpose-adapted for testing unmanned vehicles. Geographic location is a separate, important factor in choosing where to place the facilitiy. The area around Pilsen is in close proximity to Škoda and BMW factories,” says Tatyana Serikova, AsstrA Prague Branch Manager.

Today, unmanned vehicles are being tested at two Czech sites, the former military airfields of Mnichove Hradiste and Milovice. Future sites that will help simulate conditions arising on roads means will advance the industry. Self-driving vehicles will become commonplace in the near future.